If you are looking for a woman who has both beauty and talent, then Hayley McQueen is just that one. McQueen is a very talented sportscaster who has presented several football tournaments throughout her career. Due to her talent, she has even managed to grab an RTS Award.

Born in 1979, Hayley McQueen celebrates her birthday on the 9th of December every year. She hails from Manchester, England. Likewise, her zodiac sign is Sagittarius.

Her father’s name is Gordon McQueen, and her mother’s name is Yvonne McQueen. Her father is a well-known footballer who used to play for Scotland’s national team and some renowned clubs like Manchester United, Seiko SA, and Leeds United.

Apart from her parents, she has two siblings, a brother and a sister named Anna McQueen. As for her academics, she has completed her BA (Hons) degree in PR and Journalism. Also, she specializes in Broadcast Journalism and Media Law.

The now-renowned British sportscaster initiated her career as a production assistant for the chat show named Richard and Judy. After that, she worked as a reporter and producer for Middlesbrough Football Club’s Boro TV. 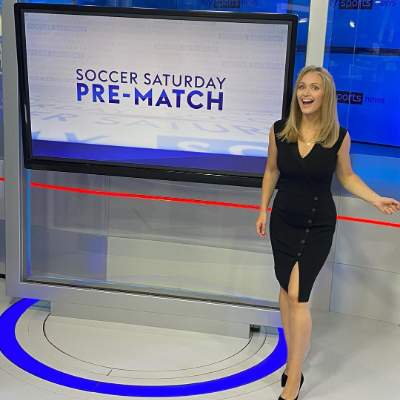 When she left that position, she worked in the Middlesbrough Football Club's scheme called "Football in the Community." However, the job didn’t last long, and she eventually left it. Soon, she joined hands with Sky Sports News and began working as a presenter.

While working there, she also got associated with Fox Sports as a presenter. In December 2006, she left her job at the Sky Sports News and began working as a matchday anchor, interviewer, producer, and presenter for Manchester United’s premium television channel called MUTV.

After building such a resume in a short time, her popularity grew. Soon, Al Jazeera Sports hired her to co-host their exclusive show, Daily World Cup, for the 2010 FIFA World Cup. Later, when Sky Sports News relaunched their channel in HD format, they once again contacted McQueen—she accepted the offer.

Since then, she has been working as a key employee for the Sky Sports News team and has given no chance to anyone to question her talents. Other than her job at Sky Sports News, McQueen has also contributed to different sports channels.

Furthermore, the Manchester, England native is also one of the best employees who work as a presenter for the award-winning football podcast, The Offside Rule. In addition to that, she has also contributed as a journalist for the twentyfour7 Football magazine—has interviewed some famous sports personnel such as Roberto Martinez, Sir Alex Ferguson, Steven Gerrard, Paul, and Tom Ince.

Hayley McQueen’s earnings and net worth are still under review, due to which there are no exact figures. But, considering her incredibly successful career, it can be assumed that she is well-paid, and her net worth is around some million dollars.

The 41-year-old British sportscaster is yet to share wedding vows. But that doesn’t mean she isn’t dating anyone. McQueen is in a blissful relationship with her long-time boyfriend Kirk Newmann, a German-born model and actor.

Besides, their bond was so strong that they even got engaged not so long time ago, on May 8, 2018. And, just over a year after their engagement, on October 3, 2019, the duo welcomed an adorable baby girl named Ayla McQueen-Newmann into their sweet little family. 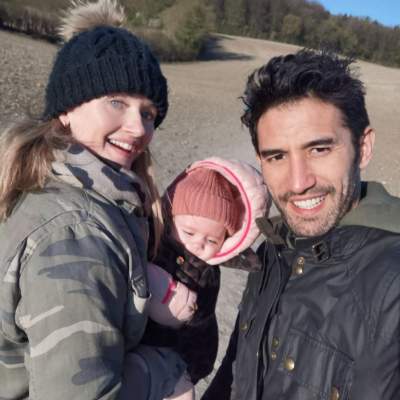 Hayley McQueen with her fiance and her daughter SOURCE: [email protected] McQueen

Since then, the family of three has been relishing every moment, and the parents of one have been relentlessly sharing very cute pictures alongside their baby girl.

Read More.Erin Andrews Salary and Net worth in 2018; His House, Cars and Other Properties