Hempel was born in Union, Kentucky on August 31, 1996. She is the daughter of Rich Hempel, the co-founder, and CEO of coach sports, a company that offers digital tutoring from the likes of NBA greats, Steve Kerr, Rick Carlisle, and Brad Stevens.

Hempel attended Larry A Ryle High School in Union, Kentucky where she joined the women's volleyball team, Wildcats for the spring season as a defensive specialist/setter. She was a four-year starter for Ryle High School and a three-time All-State selection by the Kentucky Volleyball Association. 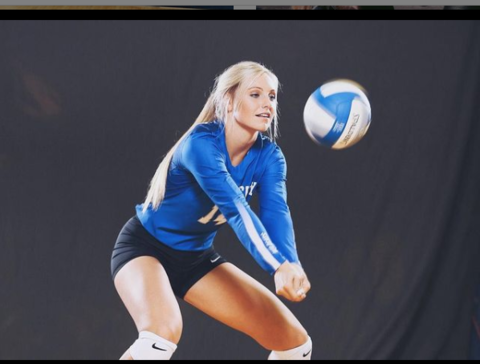 As a senior in high school, she was named the district MVP. The 5-foot-8 native from Union was voted a team captain three times, while also earning the team leadership award in 2011. In both her junior and senior seasons, she was awarded the Raider Award which accolades the top overall on and off the court performance of the season.

Her sophomore season at the Kentucky University, Hempel played in 13 matches with 27 total sets and finished the year with 20 digs, three assists, a kill, and an ace. That year, she registered her first career kill against Wichita State, logged her first career ace against Northern Illinois (9/12). Similarly, she assisted against Michigan State (8/29), Illinois (9/11), and Wichita State (9/11).

In 2016, as a junior, she played in 13 matches and finished the season with 46 assists, and a career-high five digs against the Golden Eagles. She served the final two points of Kentucky's fifth set win at Purdue, recorded a kill against Marquette, posted two digs vs Creighton, and tailed an ace against Arkansas.

Hempel appeared in 13 matches and 16 sets during her senior season and registered a match-winning ace against LSU (9/24). She graduated from the University of Kentucky with a bachelor's degree in marketing. As of recent, she has been reported of serving as a social media manager for various food and beverage brands, like Halo Top Ice Cream, Vodoo Ranger Beer, and Cocomels. In addition, she is a portrait photographer who works in Northern Kentucky, Cincinnati, and the Lexington area. She is also the owner of Harper Hempel Photography.

Assuming Hempel jumped into the photography business right after her college, it should be plausible to say, she received a starting package of around $50k, a statistical number by the average photographer's salary in New York (for the lowest percentile).

She could also be very well in the group that rakes in above-median salary, i.e. in the range of $80k-$90k a year considering she has a good hold of the business.

If she's been into photography for the past two to three years, she should be cashing in an average of 70k a year. Not to forget, Hempel is also a businesswoman on her own.

In light of all the aforementioned analyses, Hempel's net worth can be estimated between $200k-$300k as of 2022.

Hempel made headlines with fellow Kentucky Wildcat athlete(now Denver Nuggets' point guard) Jamal Murray after a video was published back in March 2020 that appeared to show her engaging in some sexual act with the Nuggets 27. 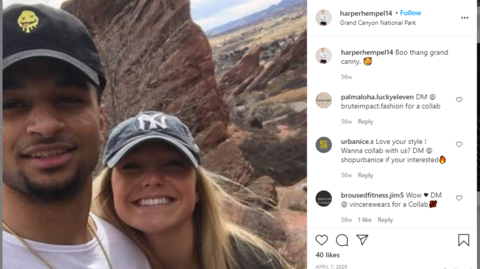 After it had become a much-talked-about matter, Murray explained his account was hacked. On the other hand, Hempel took to Twitter in the middle of the night to ask anyone with the footage of the alleged sex tape to be taken down. Murray promptly deleted the video from his Instagram stories before shutting down his entire account.

Hempel met Murray during his one season of playing college basketball for the Kentucky Wildcats. Not much is known about their college romance. 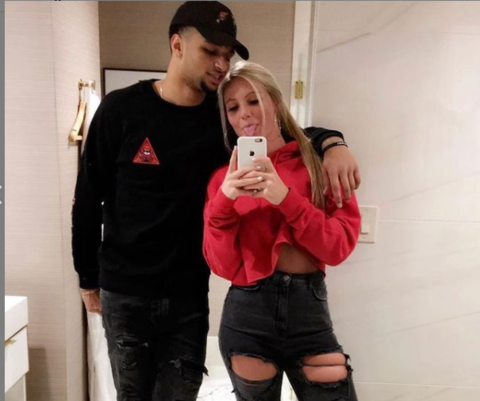 Harper Hempel asked anyone with the footage of the alleged sex tape to be taken down.  SOURCE: Instagram

Hempel's deletion of Murray's picture from her social media handles and the subsequent attitude from the NBA star has led people to believe that they have called their relationship quits. However, confirmation regarding the conjecture is yet to surface. Their last image (pic together), posted in 2020, comes from an Instagram account that's either sham or inactive. Also, in 2020, Hempel was seen celebrating her 24th birthday all by herself.