Hank Steinbrenner is one of the recognizable names in the sports business who was a part-owner as well as held the position of co-chairman of the New York Yankees of Major League Baseball (MLB). Also, he was a managing general partner and minority partner Steinbrenner Racing.

Culver, Indiana, native, Hank was born on 2nd April 1957 as Henry George Steinbrenner III, under the star sign Aries. He was the third generation of the renowned, Steinbrenner family.

On 14th April 2020, Hank Steinbrenner died in Clearwater at the age of 63. The team says he died of a longstanding health issue, complications related to a longstanding, unspecified liver issue and nothing resembles current COVID -19 viruses.

Hank Steinbrenner has Net worth in Billions 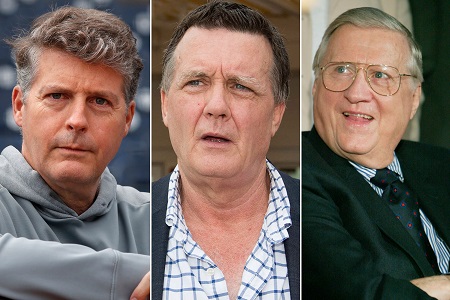 Back in 2015, the family was estimated to be worth $3.2 billion by the Forbes, making the family 45th richest family in the United States. Before joining the New York Yankees, he had several other businesses which hugely helped him to build net worth that strong.

The Steinbrenner family owns Yankees for several years which has been named the most valuable team in baseball for the 18th consecutive year in 2015 and was reported to be worth $3.2 billion then.

Hank Steinbrenner was born to George and Elizabeth Joan Steinbrenner. Hank was named for his grandfather, Henry George Steinbrenner II, who made the family fortune in the shipping business. 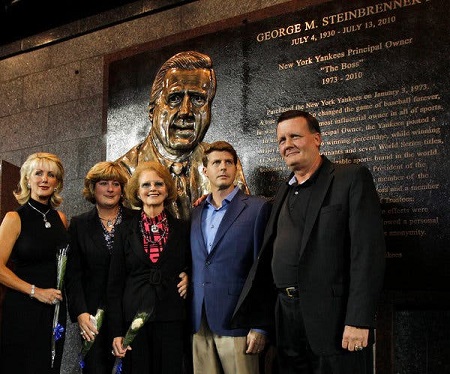 Hank Steinbrenner photographed with his mom and siblings SOURCE: The New York Times

He had two sisters, Jessica Steinbrenner and Jennifer Steinbrenner-Swindal and a younger brother, Hal. All three serve as general partners for the Yankees. Hal stands as the chairman and CEO of Steinbrenner Hotel Properties, who became chairman of the Yankees in 2008, succeeding his father. Likewise, Jessica runs Kinsman Farm, a stud farm, in Ocala, Florida but George did not let Jennifer rise in the Yankees organization.

Regarding Hank academic qualifications, he enrolled at Culver Academy and Central Methodist College, where he played soccer and earned a degree in history and political science.

After Hank stepped away from the New York Yankees during the 1990s, he runned Kinsman Stable, the Steinbrenner-owned horse stable in Ocala, Florida. At the time, she also coached, soccer at Vanguard High School in Ocala. Further, he became vice president and director of Bay Farms Corporation in 1985.

Later two years, he was named chairman of Minch Transit Company and subsequently the vice president of the Mid-Florida Hotels Corporation in 1990. In 2000, he partnered with Gwynn Racing to field a car in the National Hot Rod Association.

Since 2007, George ceded most day-to-day control of the New York Yankees to Hal and Hank due to failing health, Hank serving until his death in 2020.