Cody Gakpo was born Cody Mathes Gakpo on May 7, 1999, in Eindhoven, Netherlands. He is among the three children born to Johnny Gakpo and his wife, Ank Gakpo. His father played football in the top flight in Togo and was a one-cap wonder for his country. His mother, Ank, was a teacher at a secondary school and a Dutch Rugby international. Cody's brother Sidney had joined the FC Eindhoven Academy, and they practiced together on the pitch of a local amateur club. Gakpo stands six feet and two inches tall and weighs 76 kg.

Know About Cody Gakpo's Salary, Contract, and Net Worth

Cody Gakpo has an estimated net worth of more than $1 million. He has earned much of his net worth through his salary, contract, and deals. Furthermore, Gakpo has a current market valuation of €45 million. 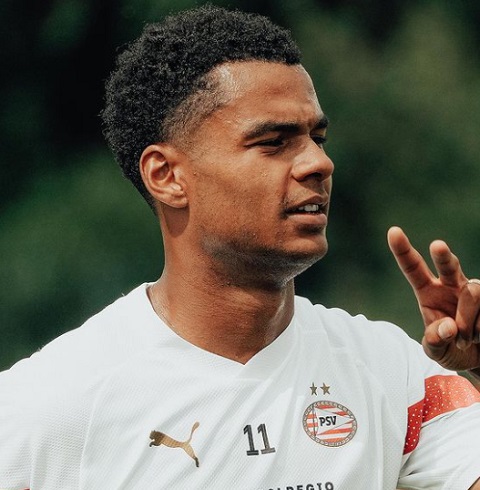 A report by Salary Sport shows that Gakpo's weekly earnings are £19,000 while his yearly earnings are £988,000. The Dutch footballer is very early in his career and shall be making more in the future. Moreover, the footballer is also working with Puma, and his collaboration may help him receive more profit.

Gakpo extended his contract with his team on January 27, 2022. So, it can be said that Gakpo will earn more money in the coming years.

Who is Cody Gakpo Dating? Know About His Girlfriend and His Relationship Status

Cody is an active social media user. He keeps sharing a lot of his pictures in his timeline. Following his posts, we can be sure that Gakpo is in a romantic relationship with his longtime girlfriend, Noa. They have not shared much about their first meeting instance with the public. 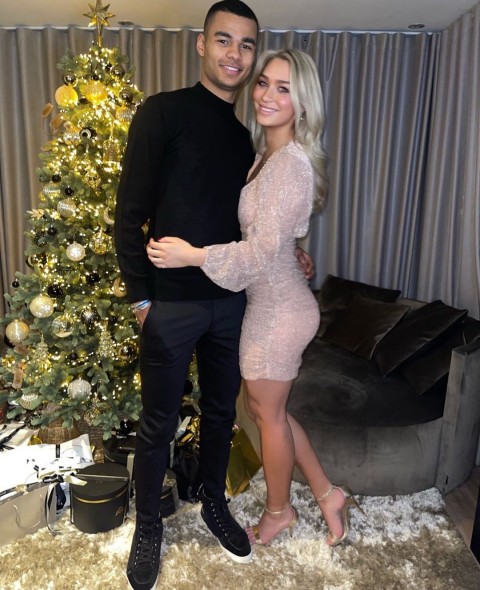 Cody Gakpo along with his girlfriend, Noa, in Christmas SOURCE: [email protected]

Cody and Noa shared their first photo of being together in December 2020. It seems like the duo has been together for almost a year. They are yet to get engaged or tie their wedding knot.

Cody started training along with his father from a very early age. He started training with his hometown club, EVV Eindhoven AV, and played with its junior team until 2007. After training with the team, Cody moved to PSV Eindhoven and then trained with the team until turning professional in 2016. Gakpo moved to Eerste Divisie for Jong PSV and made his professional debut in November 2016 against Helmond Sport.

Cody played twenty-six games for the Jong PSV senior team and scored seventeen goals. In 2018, PSV signed him into the Dutch club League and played with the team. Until June 2021, Gakpo has played in sixty-five games and scored in fifteen games.

Moreover, Gakpo is also in the senior squad playing in the FIFA World Cup 2022.