Gregg Rosenthal is an American sportswriter and host who has covered football since 2003. Currently, he is working as an analyst for NFL Network and writer for NFL.com, a role he held since 2012. Furthermore, he works as an analyst for Sky Sports and has co-hosted the Around the NFL Podcast for more than 1,000 episodes.

Los Angeles native Gregg Rosenthal celebrates his birthday every 20th February. However, his birth year is under review. He holds an American nationality and is of white ethnic background.

How Much Is Gregg Rosenthal's Net Worth In 2021?

Since 2012, Rosenthal is serving as an analyst for the NFL Network and writer for NFL.com. However, the financial data such as his contract and salary in the organization is under the shade. According to the source, the average annual pay for a Football Analyst in the United States is $56,460 a year. However, it would go as high as $120,000. Furthermore, writer salaries at NFL can range from $88,857-$96,632.

From the above reports, we can assume Rosenthal's income is no less than the six-digit figure per annum. As of 2021, his net worth is approximately $0.2 million.

Gregg Rosenthal is a kinda private person when it comes to her personal life. Though he is married, the NFL Analyst has not shared any info regarding his wife. Her name is unknown but once he shared a picture of his wife on IG back in 2018 which is the only picture public. What's more, Rosenthal shares two children with his wife. 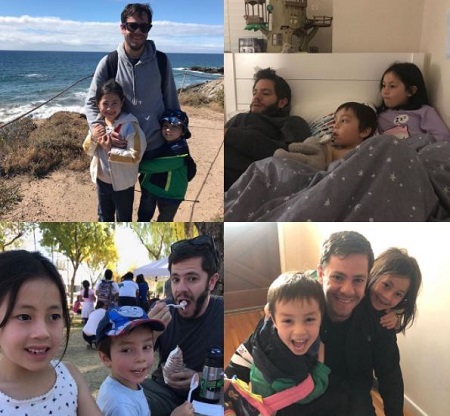 To date, there is no news and rumors in the media regarding Rosenthal's involvement in any conflict, extramarital affair, or divorce. The Rosenthal family is living a blissful life.

Gregg Rosenthal started his sports writing career in 2003. He has been with the NFL since 2012, including his role as co-hosts Around the NFL Podcast.  He previously spent nine years covering the NFL for NBC Sports, Rotoworld.com, and ProFootballTalk.com.