Dan Stupp is an American sportswriter and editor who currently works for the Catena Media, covering sports betting, casino, lottery horse racing industries in Virginia, Maryland, and Washington D,c. The 5X World MMA Awards "Best Media Source" recipient, he was the managing editor for MMA and boxing of The Athletics. Also, he co-founded the renowned MMA website MMAjunkie.com and was its editor in chief in 2018.

Springfield, Ohio native, Dann Stupp was born on 14th September 1978, under the star sign Virgo. The forty-two years old holds an American nationality and is of white ethnic background.

The average annual pay for a Sports Writer in the United States is $48,691 year and as high as $94,500. Since, Dann is the field for a long time and has worked for ESPN, USA Today Sports, and The Athletics, his annual salary is believed to be no less than $90,000.

While selling the MMA Junkie to USA Today Sports Media Group, he might have summoned a hefty amount. As of 2021, his net worth is $0.5 million.

Since Dan Stipp lives a low-key life, his relationship status is yet to be disclosed. Though he is in the media, the public is yet to know if the sports write is in a relationship, married, or single. There is no information regarding his hook up or break up in the public. 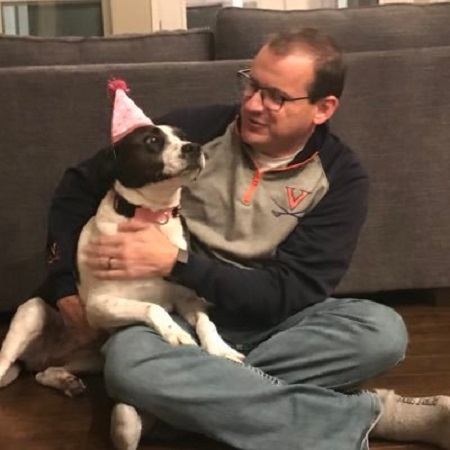 Dann is nowhere to be found on Instagram or Facebook, but he is quite active on Twitter. Other than anything, he seems to be a dog lover. He has set his DP with his four legs baby.

While still in college, Dan Stupp started his career in sports as a datacaster/live scorer for MLB Advanced Media, L.P (2001-2005). At the same time, he was worked as a creative service manager for Cincinnati Reds.

In July 2007, he joined the Dayton Daily News as a columnist where he wrote a weekly syndicated "MMA Insider" column. In 2011, he sold the MMA Junkie to USA Today Sports Media Group which he co-founded in 2006. But he worked there until 2018.

From May 2019 to June 2020, he was The Athletic’s inaugural MMA managing editor and oversaw a team of seven writers. By August 2020, he started working for Catena Media.