Grayson Walker is an Australian Profession Wrestler, and he is currently competing in the NXT Brand of WWE. His real name is Matthew Farrelly, but he is known by Grayson Waller under the ring. He started his career fighting on an Independent Circuit on April 15, 2017, and during his career, he has won a total of 4 titles.

Waller's salary is not officially published, but the salary of top wrestlers like  Brock Lesnar and Roman Reigns top the WWE salaries list with $5 million salaries per year. As he is not popular as compared to Roman Reigns and Brock, his salary might be around $500,000 per year. 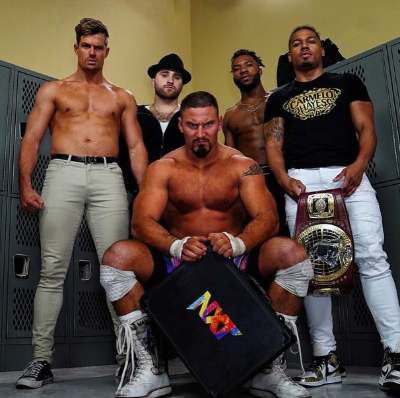 As per his post, he lives a fancy lifestyle, and he is a unique, stylish player. He has his red car, but the brand is not identified from his Instagram photo.

Grayson Waller's net worth as of 2022 is estimated to be around $3 Million.

Height, Weight, and other Facts

Former player of Independent Circuit height is 6 feet 3 Inches, whereas his weight is 102 kg. His parent's information is not revealed yet as he wants it hidden, and his schooling is done in South Wales, Australia, and he was growing up there.

Waller has changed his name various times. He was known by Grayson Waller in "WWE" whereas he was known by "Matty Wahlberg" in the Independent circuit, and he was also known by the nickname " The 21st success story ".

Matty Wahlberg now known as Grayson Waller is still single by now. As per media or other reports, there aren't such posts or news regarding his love life. But he seems to love girls as he was seen with many girls on Instagram posts. 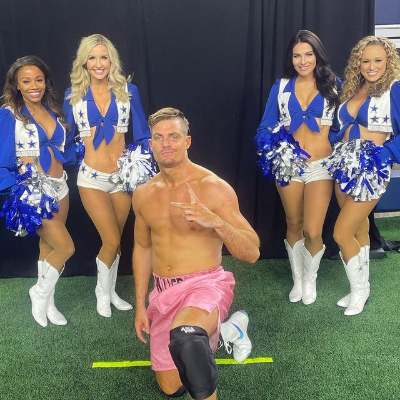 Grayson often posts photos of him posing around girls on his social media. He is young and handsome which is why girls often want to come close to him. However, he is yet to find a soulmate.

Waller is pretty much active in social media. He is active on Instagram and Twitter with a huge fan following. He has 25.3k followers on Instagram, while his Twitter followers are 10.5k 490 total tweets. 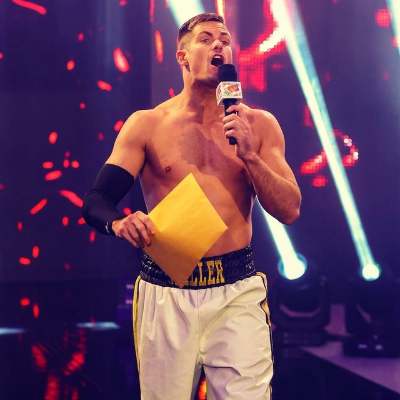 Similarly, he had posted altogether 352 posts on Instagram which are his fight videos and photos or other photos when he is on a day off.

Matty Wahlberg started his wrestling career with the Independent circuit on April 15, 2017, on a Pro Wrestling event with a loss against Snapchat. After that, his next match was with Caveman Ugg at the PWA black Level, but he lost that match too.

After that,  Wahlberg won the 2019 Colosseum tournament by defeating Chris Basso in the first round, Orange Cassidy in the semi-finals, and Travis Banks in the final. On March 14, 2021, he signed WWE, and on the 205 live episodes, he played his first match under WWE, defeating Sunil Singh.