Giovanni Simeone is a well-known footballer from Argentina who has been a part of the Serie A club Napoli since joining them on loan on August 18, 2022. He came to this team on loan from Hellas Verona. Besides, Simeone plays as a striker, and he wears jersey number 18.

Besides that, Simeone is also a national footballer who has represented the national football team of Argentina. Being one of the most skilled footballers, Simeone has received some titles, including the South American Youth Football Championship Top Goalscorer in the year 2015.

Simeone is signed professionally with Hellas Verona, but he plays on loan with Napoli. When he was loaned to Napoli, Simeone received a transfer fee worth €3.50m. So, it is believed that he is taking home a decent profit. Besides, he came to Hellas Verona after receiving a massive deal of around €10.50m. 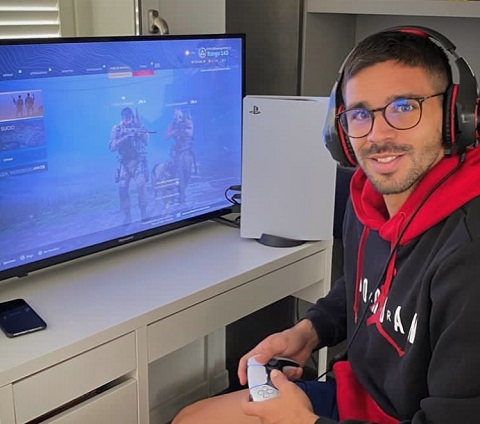 According to Salary Sport, Simeone's salary in the Hellas Verona team is £47,000 weekly and £2,444,000 yearly. Just like other professional footballers, Simeone has also been a part of many teams. Playing with them, Simeone has taken home a massive amount.

His current market value is €17.00m. Looking at his graph in Transfermrkt, Simeone's income is gradually increasing, from which it can also be said that his net worth is a million dollars. The professional striker lives a lavish life with his amazing wealth.

Simeone Is Married to His Wife

Well, Simeone is not just a footballer but also a loving husband who is happily married to his wife, Giulia Coppini. Their relationship has been a matter of concern to many as the pair married twice in their life. The Simone pair dated each other for some years before turning their relationship into husband and wife. 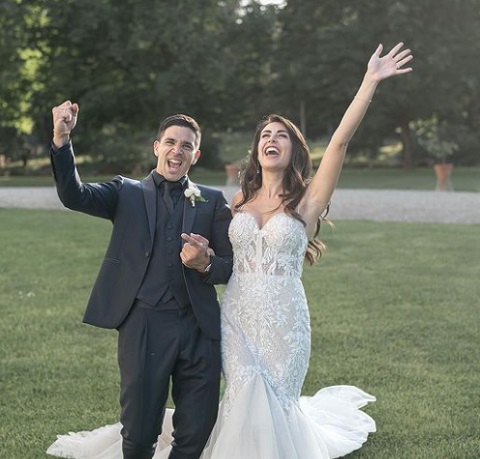 Giovanni Simeone is married to his wife  SOURCE: Instagram @simeonegiovanni

They tied the knot in May 2021 in an intimate ceremony in Ibiza. During that time, the COVID-19 pandemic was going on, due to which only his limited family and friends were invited. On the other hand, they were planning to get married in their dream ceremony.

So, the loving couple walked down the wedding aisle for the second time in May 2022 at the San Salvatore Church in Florence, Italy. The footballer wore a dapper figure in an all-black suit with a white flower attached to the blazer. And his wife came wearing a long white mermaid bridal garment.

Briefing on His Long Career

Beginning his career with Rayo Majadahonda, Simeone later moved to River Plate. After spending a couple of years in that team, he was loaned to Banfield. Also, he made 35 game appearances for the team of Genoa. Likewise, Simeone was an essential player in the team, like Fiorentina and Cagliari. 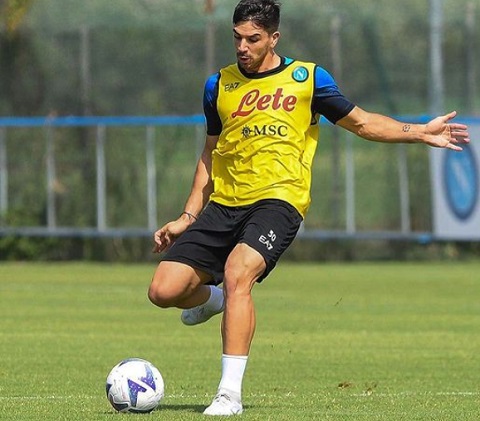 Talking about his international career, he has played for the youth football team of Argentina. In 2018, he made his debut for the senior team. 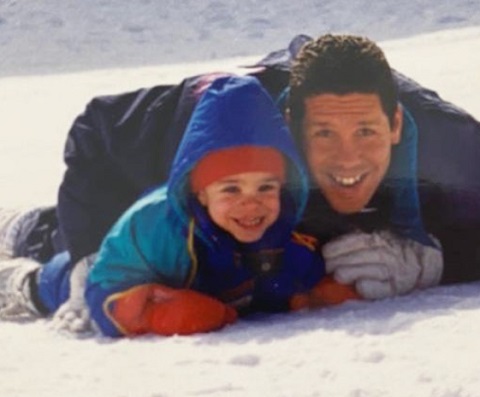 Giovanni Simeone with his father when he was young  SOURCE: Instagram @simeonegiovanni

In 1997, he moved to Italy with his family, and on January 1, 2014, Simeone obtained Spanish citizenship. Meanwhile, Simeone also has two brothers named Giuliano Simeone and Gianluca Simeone.