Giovanni Reyna is an American soccer attacking midfielder who currently plays for Borussia Dortmund and the United States National Team. On February 4, 2020, he became the youngest goalscorer in the history of the German Cup.

The American footballer is the honor holder of CONCACAF U-17 Championship Best XI(2019), U.S. Soccer's Young Male Player of the Year(2020), and CONCACAF Nations League Finals Best XI(2021). He was included in The Guardian's "Next Generation 2019". 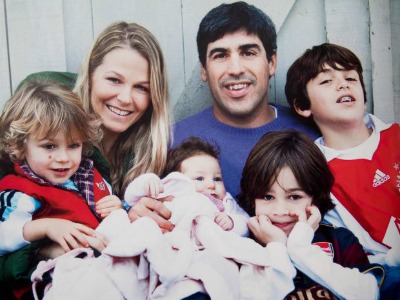 Young Giovanni began building an earnest career in soccer education after being a part of the New York City Football Club(NYCFC).

Giovanni Reyna's Net Worth And Earnings In 2021

Reyna has signed for Borussia Dortmund from MLS club New York City Football Club. Being a football player, he makes a good sum of money. According to the sources, his net worth is estimated to be around $500,000, and his monthly wage of about €50,000 approximately. Dortmund's midfielder has signed a contract with Borussia Dortmund on January 12, 2020, which will last until January 30, 2025. Reyna has a sponsorship with Adidas.  He undoubtedly lives a comfortable and lavish life by earning €9,600 per week.

Read about the net worth of Josh Doig in Playerswiki.

The relationship Status Of Giovanni Reyna

As of 2021, 18 years old Reyna doesn't seem to be dating anyone. The ambitious youngster hasn't declared about his relationship through any media. Giovanni outwardly appears to be living a single and happy life.

Captain America has been presenting the best performance in the matches, obviously because of his focus on his career. It seems like Giovanni is rather focused on building his career than anything else like a relationship.

Giovanni Reyna is said to have had an interest in golf and basketball at an early age of below 5. Later as he turned 5, he eventually started to play football in parks. Reyna signified interest in soccer at such a young age, and today he has become a professional footballer. 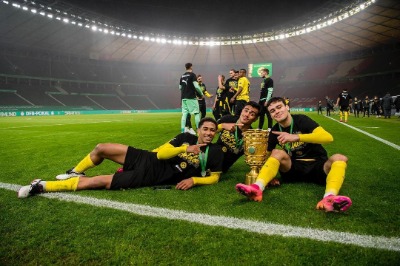 The 2020 U.S. Soccer's Young Male Player of the Year made his Bundesliga debut for Borussia Dortmund on January 18, 2020. He received his first call up to the senior United States squad for matches in November 2020 after representing the United States at several youth levels. Reyna is taking his career to the next level by giving his best performance.