An Argentine international footballer, Giovani Lo Celso currently plays for Real Betis as a central midfielder, wearing the shirt No. 21 on a loan from Ligue 1 side, Paris Saint-Germain. He started his professional career with Rosario Central in 2015.

Since 2017, Lo Celso is in the Argentina national team. He has also been included in the 23-man squad by Jorge Sampaoli for the 2018 World Cup.

Also, he accumulates good worth through the endorsement deal with Nike. His current value is $23.22 million.

As per riding, he has a Mercedes Benz.

Lo Celso, 22, is unmarried at the moment but not single. Currently, he is in an open relationship with his girlfriend Magui Alcacer. The pair first met in Lo Celso’s birthplace Rosario, Argentina. 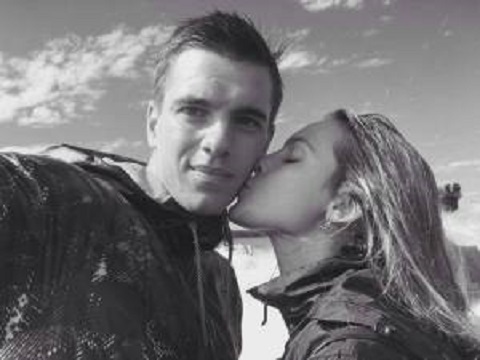 A native of Rosario, Argentina, Giovani Lo Celso was born on 9th April 1996. His star sign is Aries. He holds an Argentine nationality and his ethnicity is unknown. His father's name is Juan Pere Lo Celso.

At the age of fourteen, Lo Celso began his football career playing with Rosario Central.

A youth product of Rosario Central, Lo Celso made his league debut against Velez Sarsfield in a goalless home draw on 19th July 2015. His first professional goal for the club in a 3-0 win against Colon, netting Rosario’s first in the 6th minutes, on 28th February 2016.

On 10th April 2016, he recorded his second goal for Rosario Central in a 3-2 defeat to Velez Sarsfield.

On 26th July 2016, Lo Celso moved to the French club, Paris Saint-Germain, signing a five-year contract for a fee of $11.28 million. Further, he was loaned to his previous club, Rosario Central until 31st December 2016.

On 5th April 2017, he made his PSG debut in a Coupe de France quarter-final match against US Avranches, where he entered in the 63rd minute replacing Adrien Rabiot. The game ended in a 4-0 victory.

On 31 August 2018, Lo Celso was loaned out to the La Liga side Real Betis on a season-long deal with an option to buy.

At 20, Lo Celso earned a call-up to Argentina under-23 team for the 2016 Summer Olympics. On 4th August 2016, he made his U-23 team debut in a 2-0 loss against Portugal, where he entered replacing Cristian Espinoza in the 72 minutes of the match.

On 11th November 2017, he made his Argentina national team debut, in a 1-0 win against Russia. He started the game and in the 59 minutes, he was replaced by Alejandro Gomez.

In May 2018, Lo Celso was named in Argentina’s 35 man team for the 2018 World Cup in Russia along with other teammates including Gabriel Mercado, Eduardo Salvio etc.