Italian footballer Davide Frattesi originally from Roma, currently plays as a midfielder for Serie A club Sassuolo. Being a native of Italy, he plays for the Italy national team at the international level. Apart from taking the central midfield role, Frattesi can also play in the position of Attacking Midfield.

At the international level, Frattesi has played for the youth teams in various games and also made his debut for the senior team while playing in the 2022- UEFA Nations League. Being one of the most notable footballers, Frattesi has also received some honors, including the Serie B Team of the Season: 2020-21.

How Much Is His Salary & Net Worth Now?

Since June 30, 2021, Frattesi has been playing for Serie A club Sassuolo. He joined the team after receiving a decent profit. According to Salary Sport, Frattesi earns £23,000 per week and £1,196,000 per year playing for Sassuolo. 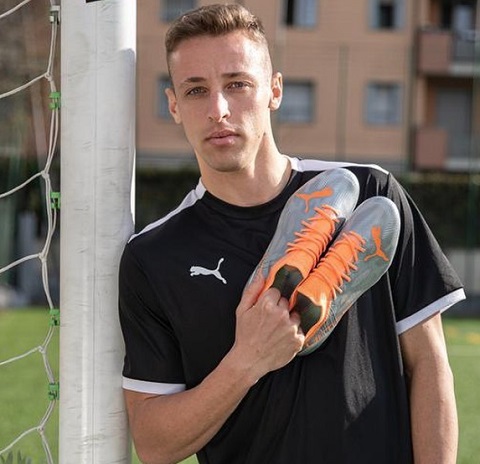 As we know, he also plays for the national team. So, being a part of the national team, Frattesi may earn 29.874 € or an equivalent hourly rate of 14 €, which is the average salary of a footballer in Italy. And they may also receive a bonus of 753 €.

Furthermore, Frattesi has been a part of various teams and had amazing deals with them. So, his current market value is €20.00m. Looking at his graph on Transfermrkt, we can say that his earnings will skyrocket in the future.

Moving into his love life, Frattesi appears to be leading a single life. So, there is no record of him dating a girlfriend at the moment. Besides, Frattesi is pretty young to have a girlfriend, and rather than searching for a life partner, he may be prioritizing his career.

Just like Rafael Leao and Sandro Tonali, Frattesi prefers to keep his personal life away from media sources. So, due to his low-key nature, none of the media sources are able to collect information about his love matters.

However, we can get updated on his lifestyle by following Frattesi on Instagram under the username @davidefrattesi_22.

Frattesi began his career after joining the youth system of Roma, where he spent most of his early days. In 2017, he joined Serie A club Sassuolo, but on December 20 of the same year, Frattesi made his debut for the Atalanta team. While playing on loan with them, Frattesi made 33 game appearances. 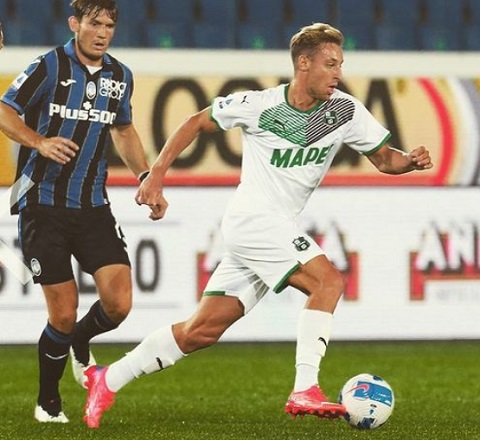 Davide Frattesi in one of his professional games SOURCE: Instagram @davidefrattesi_22

For the 2019-20 season, Frattesi joined Serie B club Empoli with whom he played in 37 games and also scored five goals. The following season, Frattesi got a chance to play for Monza. So, he played an important role in helping them win various games, and he appeared in 37 goals, scoring eight goals until 2021.

Furthermore, Frattesi is also a national football player who has represented the U17, U18, U19, U20, and U21 teams. After that, he was called up to play in the 2022-23 UEFA Nations League to represent the senior team.

Davide Frattesi was born to his parents in 1999 in Rome, Italy. Meanwhile, Frattesi celebrates his birthday on September 22 every year. Besides that, Frattesi also has a brother named Leonardo Frattesi, who previously played as a midfielder.