Gianluca Mancini is a professional football player from Italy. His primary position is center-back, and he also plays from a right-back and a defensive midfield position. He is currently playing from club AS Roma, which competes in Italian League Serie A and the Italian national team.

Mancini wears jersey number 23 for his current club, AS Roma. In the 2020/2021 season, he made himself capable of being in the UEFA Europa League team of the season. In that season, he makes his remarkable performance in the Europa League.

Who is Gianluca Mancini? Early career and physical stats

Gianluca Mancini was born on Pontedera, Italy on 17 April 1996. Information about Mancini's father and mother is not available as of 2022. Their nationality and their professionalism are also not revealed by defender Mancini. His early life information is also not known. He also has not told how many siblings he has and what they do. 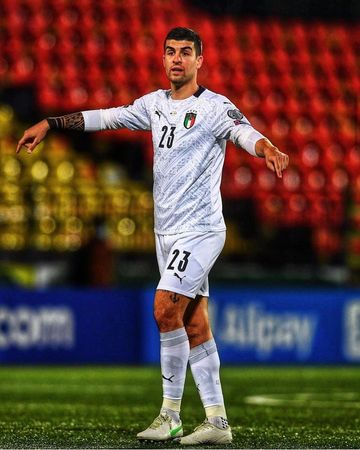 According to astrologers, his birth sign is Aries. He is a pretty tall football player and measures 6 feet and 2 inches tall while weighing 77 kilograms. He has short dark hair and his eyes are black.

How much rich is Mr. Mancini?

Italian professional defender Mancini started his career in 2006 through club Florentina. After that, he made his appearance in multiple teams. He has earned a good amount of money by playing football from these clubs.

According to the transfer market, his current market value is 30M Euro; this is his highest market value as of 2022. According to capology, Mancini earns 71,154 Euro weekly and makes 3,700,000 Euro yearly playing for Roma football club. His net worth is estimated to be $4M. 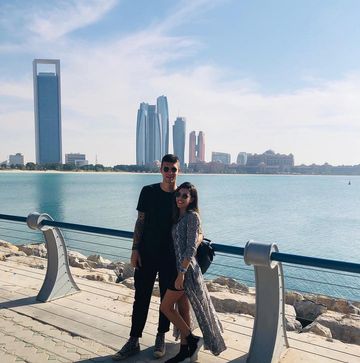 Mancini enjoying his vacation with his wife SOURCE: [email protected]_23

His contract with AS Roma will expire on June 30, 2026. Mancini earns a handsome amount of money through endorsement as well. Nike Italia endorses him. The money he makes from endorsement has not been revealed yet.

Read biography and net worth of Nicolo Barella

Gianluca Mancini, an Italian defender, is a married athlete. He was married to an Italian lady Eli Bagg. Mancini tied the knot with Eli on December 26, 2019. They have both been in love with each other for a very long time. 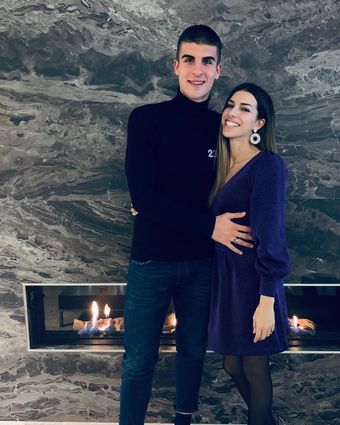 Mancini and Eli also have beautiful babies. However, they haven't revealed her face and name yet. They both love to travel when they get free time.

Mancini, an Italian defender, made his international debut with the Italy U21 squad in a 3–0 friendly loss to Spain on September 1, 2017.