Gary Thorne is a famous play-by-play announcer currently working for MASN since 2007. He has also worked for ABC and ESPN in National Hockey League, college football, Major League Baseball, and the Frozen Four hockey tournament. He is also engaged with World Wrestling Entertainment as a narrator for the WrestleMania Rewind show on WWE Network.

Gary Thorne, reportedly earns around $70 thousand, as his yearly salary from the network, and as of 2019, he reportedly has an estimated net worth of over $3 million.

Gary Thorne Net worth and Salary

The American play-by-play commentator Gary Thorne has an estimated net worth of $3 million. As of 2021, the reporter receives an annual salary of $70k from his successful reporting career with MASN.

Further, he also receives an added sum of money working as an announcer and play-by-play commentator for various other sports events.

Gary Thorne is married and has a daughter and this is the only information out about Gary's personal life. He has kept details regarding his wife, children, and his family away from the media at large.

From a few sources, it is known that his daughter is married because his son-in-law Damian DiGiulian is mentioned in some published reports.

Gary Thorne was born on June 9, 1948, in Bangor, Maine. He holds an American nationality and belongs to the White ethnic group.

Thorne started working with the MLB International broadcast for All-Star Game, NLCS, ALCS and the World Series from 2010-2014 along with Rick Sutcliffe. From 2011 to 2016 he served as an announcer for the National Baseball Hall Of Fame’s induction ceremonies. 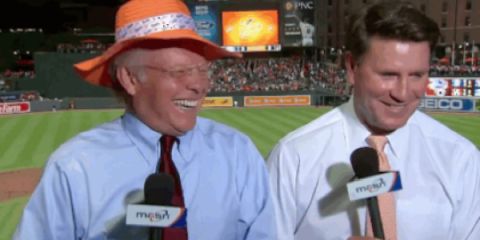 He also announced Hockey on NHL and on ESPN. Further, he also called Stanley Cup Finals from 1993-2004. He also called 8 NHL games for 2016-17 NHL Season. He was also a play-by-play commentator for 2010 World Junior Ice Hockey Championships on NHL Network. 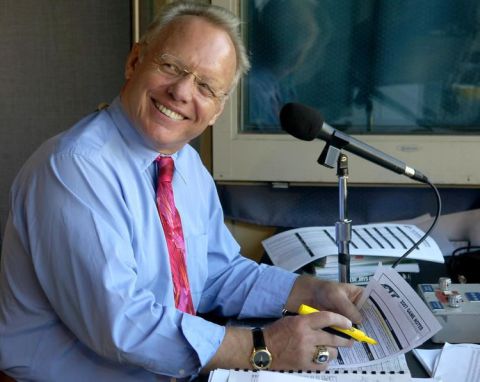