Gabby Williams is a talented American-French professional basketball player who is currently playing for the Los Angeles Sparks of the Women's National Basketball Association. Before that, she played for different teams. In 2018, she was drafted by the Chicago Sky as the 4th overall pick. In 2019, she was a part of the Spar Citylift Uni Girona team, which won the Spanish League Championship.

Hailing from the suburbs of Sparks, Nevada, Gabby Williams was born in 1996. She celebrates her birthday on the 9th of September every year. Likewise, she goes by the birth name of Gabrielle Lisa Williams. She has mixed ethnicity. Her father's name is Matthew Williams and her mother's name is Therese Williams. Apart from her parents, she has two siblings, Matt and Kayla Williams. She received her high school education from Edward C. Reed High School. After that, she enrolled at the University of Connecticut.

Gabby Williams' basketball career initiated after she began playing for her high school's women's basketball team. Her freshman year went pretty well. In her sophomore year, she averaged 18 points, 7 steals, and 10 rebounds per game, leading the team to the Class 4A state title. For her brilliant performance, she was named the Las Vegas Review-Journal Class 4A state Player of the Year. 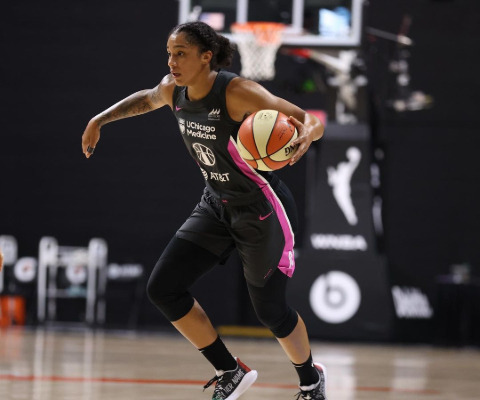 In her junior year, her performance improved even more. However, during a game against Reno High, she tore her meniscus and the anterior cruciate ligament in her right knee. As a result, she had to go through surgery and thus could not play for the whole season. After almost 8 months, she returned to the game. Later, she committed to play college basketball for the UConn Huskies women's basketball team.

During the 4 years, she led the team to a 148-3 record. In addition to that, the team reached the Final Four four times in the NCAA tournament and also won two back-to-back NCAA Championships. Likewise, in her college career, she tallied more than 1,000 points and 1,000 rebounds, making her one of the seven Huskies that managed to do so. Her incredible performance also led her to receive numerous honors.

In 2018, she declared her name in the 2018 Women's NBA Draft. During the draft, she was picked in the first round as the 4th overall pick by the Chicago Sky. Around the same time, she was also signed by Dike Basket Napoli of the Italian First Division. She continued to play for Dike Basket Napoli until the team withdrew from the championships.

Later on, she was signed by Spar Citylift Uni Girona as a replacement for Shay Murphy. During her time with the team, she won the Spanish League Championship. When her contract ended, she was first signed by Basket Lattes (2019) and then by Sopron (2021–present).

The 24-year-old basketball player has a healthy net worth amounting to $3 million. Her income is generated mostly from her basketball career plus brand endorsement deals. With such a good net worth, she has managed to live a stylish lifestyle.

She is usually seen going to different places during her free time. Furthermore, the pictures on her Instagram handle proves that she likes some good and expensive items.

The Nevada native rising NBA player is currently single and does not have a boyfriend. To this date, she has not posted any pictures with an unknown man that can be regarded as her possible partner. 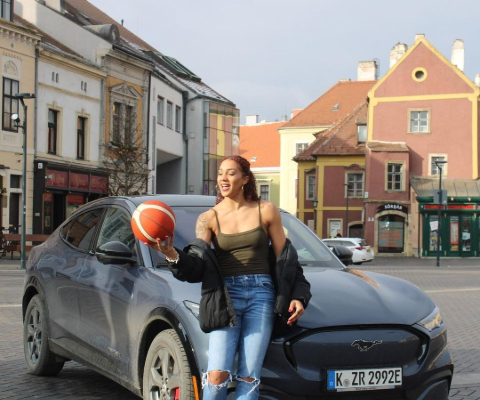 Most of the pictures on her social media handles are only related to basketball and her family. Likewise, there are no details that hint that she was dating anyone in the past. To conclude, it seems that Gabby is mostly focused on her playing career instead of her personal life.