Fred, born Frederico Rodrigues de Paula Santos, is a professional football player from Brazil who plays for the Premier League club Manchester United and the Brazil national team. Fred plays as a midfielder and wears jersey number 17 in his current club.

The Belo Horizonte native was interested in playing football from an early age. He spent six years of his childhood at the local club Atletico Mineiro. His dream of being a professional footballer was also supported by his parents Delson Rodrigues dos Santos (father) and Roseli Miranda de Paula (mother). Moreover, Fred holds Brazilian nationality and his height measurement is 5 feet 7 inches which is 1.69 m.

Fred makes a massive amount of money from being a professional footballer. He is currently signed with Manchester United, and his deal with the club is €59 million. So, Fred is estimated to have a net worth of around $13 million, thanks to his long-term career as a footballer. Besides, Fred's weekly salary at Manchester United is £130,000, while his yearly salary is £6,760,000. 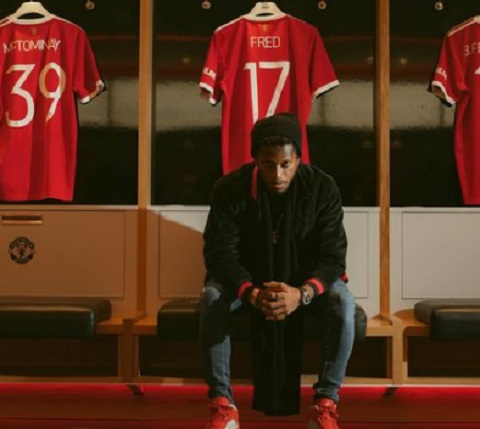 Further, Fred has a massive market value of €20 million, while his highest market value was €50 million on August 13, 2018. Also, Fred makes money from sponsorship and endorsement deals. He lives a lavish life, and his lifestyle can be explored by following him on social media.

Moving into his love life, Fred is a married man, and he lives a happy life with his stunning wife named, Monique Salum. The married couple has been supporting each other for a long time, and their bond is still getting stronger. The pair reportedly met in 2016 and began their romance in the same year. Just after two years of dating, the duo got engaged. 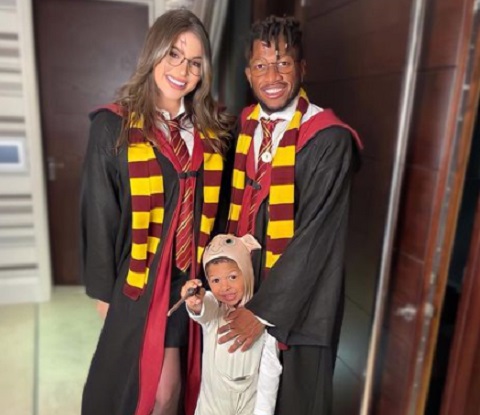 Fred Santos with his wife and kids SOURCE: Instagram @fred08oficial

Just after one year of getting married, Fred and his wife became parents for the first time after welcoming a child named Benjamin in January 2019. Fred is a family man, and he loves spending time with his child and wife during his free time.

Talking about his wife, Monique, who is a chemical engineer. She went to study at the University Center of Belo Horizonte. And she reportedly serves at the center for the Development of Nuclear Technology. We can find her on Instagram as @moniquesalum, and she has garnered over 224k followers.

A Look At His Club Career

Fred began playing football after joining Atletico Mineiro in 2003. He played with them until 2009 and went to play with Porto Alegre. Just after one year, he moved to Internacional and represented their youth team until 2012. His senior career started with the same team. Playing with them until 2013, Fred appeared in 33 professional games and also scored seven goals.

On June 26, 2013, Fred signed a professional deal with Shakhtar Donetsk. He gained broad experience while playing for them. So, he scored ten goals while playing in 101 games. Fred remained with the club until 2018, and on June 5, 2018, Fred moved to play with Premier League club Manchester United.

As of now, Fred has already made over 110 game appearances and is still playing actively for the team.

Like Lucas Paqueta, Fred also represented the youth team of Brazil in his early phase. In 2013, he played for Brazil U20 in 3 games, and in 2015, Fred appeared in 2 games while playing for the Brazil U20 team. Finally, Fred made his debut for the senior team on November 12, 2014, in a match against Turkey in Istanbul. 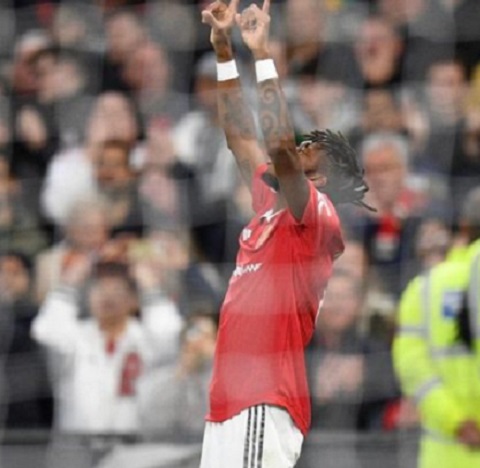 Likewise, Fred was selected in the Brazil under-23 squad for the 2016 Olympic Games but didn't play in the tournament. Also, he was named in Tite's final 23-man squad for the 2018 FIFA World Cup in Russia but dint makes a single appearance for the team.

Moreover, Brazil's team is also playing in the FIFA World Cup 2022, and Fred is included in the team too.

Fred is an active social media user who has an active presence on Instagram, verified as @fred08oficial. As of now, he has collected more than 2.5 million followers. In the same way, Fred has been using Twitter since September 2012 and has been followed by more than 1.3 million people. 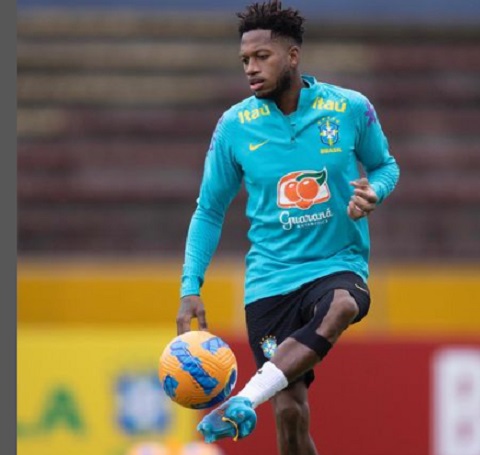 From these accounts, Fred shares updates regarding his personal and professional life too. He also uses Facebook and TikTok.