Franco Cervi is a riisng Argentine professional football player. Currently, he is playing in the Spanish League, La Liga, with Celta de Vigo. Cervi plays as a Winger for his club and country. Franco has been playing at a professional level since 2014.

Franco Cervi was born Franco Emmauel Cervi on May 26, 1994, in San Lorenzo, Argentina. He rose to fame through his successful football career and has not shared his early life and parents. Cervi did not complete High School. Talking about his physical appearance, Franco stands five feet and five inches tall and weighs 67 kg.

Franco Cervi has an estimated net worth of more than $5 Million. The player credits most of his net worth to his successful career in football. A football player has several income sources, including sponsorship and advertising deals. Cervi signed a three-year contract worth more than Celta worth more than €7.5 Million. 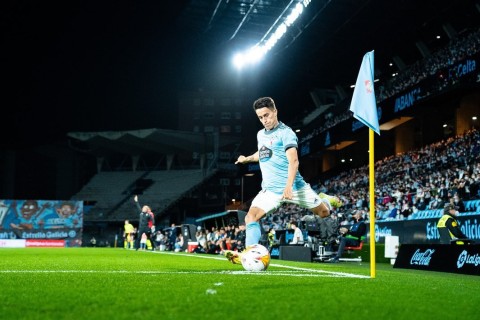 Cervi took home €1.1 Million in salary while playing for Benfica in 2020. In 2015, Franco signed a six-year contract with Portuguese champions Benfica with a release clause of €60 million. In his initial days, The player had an annual salary of more than €750,000. In early 2021, MLS club New York City tried to sign him for a record $10 Million fees but rejected the offer.

Franco is an active social media user and very open about his relationship status. Following his timeline, we can be sure that Cervi has been dating his longtime girlfriend, Melisa Novell, for more than seven years. Franco first posted a photo with Melisa in January 2015 in his Instagram timeline. 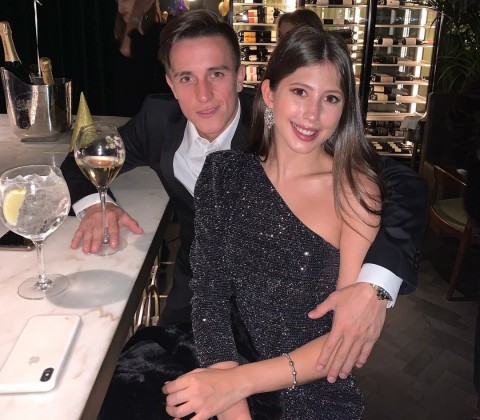 None of them have shared about their first meeting experience. Both of them are very much supportive of each other. Novell keeps attending his games. Although It has been more than seven years of their relationship, they are yet to get engaged or exchange their wedding vow. Franco and Melisa must be waiting for the right time to start their new life.

Franco started training with Rosario Central youth academy in 2001. He is one of the best products of the Rosari Central youth system. Cervi played with its youth team until 2014 and earned his debut in November 2014 against Estudiantes. The player scored his first goal in 2015 against Racing Club.

Cervi played with Rosario Central until the 2015 season and then moved to Portugal and signed with Benfica. While playing for the Central, He appeared in forty-two games and scored five goals for the team. In September 2015, The player six-year contract with Portuguese champions Benfica with a release clause of €60 million. He played for six seasons and then moved to La Liga club, Celta de Vigo.

In July 2021, Franco signed with Celta for a three-year contract. Cervi has appeared in twenty-one games ad scored two goals for the club.