Filip Krajinovic is a rising Serbian professional tennis player. He is currently playing in the ATP and ITF tours in his professional career. Filip turned professional in 2008 but is yet to win a major title in his career. Krajinovic reached the Semi-final in the 2017 Davis Cup.

Filip Krajinovic was born on February 27, 1992, in Sombor, SR Serbia. He is among the three children born to Stjepan Krajinovic and his wife, Vera Krajinovic. Filip has two siblings, Katarina and Damir. Krajinovic is of Croatian descent and he holds a Croatian passport. Filip stands six feet and one inch tall and weighs 75 kg.

Filip Krajinovic has an estimated net worth of more than $3 Million. A tennis player has multiple sources of income including prize money, sponsorship deals, and advertising deals. Filip is very much early in his career and shall be making millions in the future. In the ongoing season of 2021, Krajnovic has already earned $557,637 as his prize money from both singles and doubles. 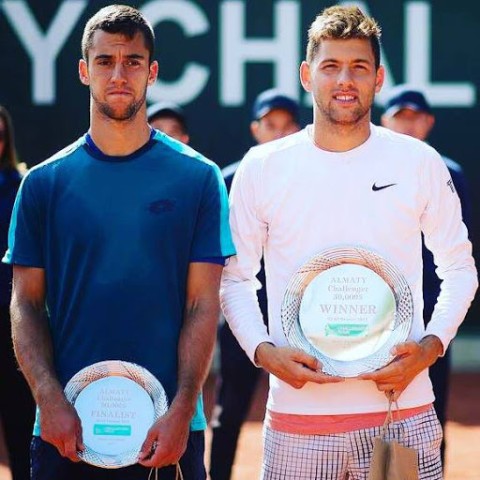 Filip (in the right) shares a photo with his Doubles title SOURCE: ESPN

In the 2019 season, Filip raised his game and finished the season with 31-18 games and earned $891,166. Last season, Many events got canceled due to the COVID pandemic but, Krajinovic made $752,621 while playing in almost thirty games. Totaling his prize money from his tennis career, it sums to $4,416,338.

Filip is believed to be involved in a romantic relationship with his longtime girlfriend, Angela Novcic. The love birds have not shared a word about their love life in the media. Although the tennis player is an active social media user, his timeline is rather filled with photos of his games and friends. 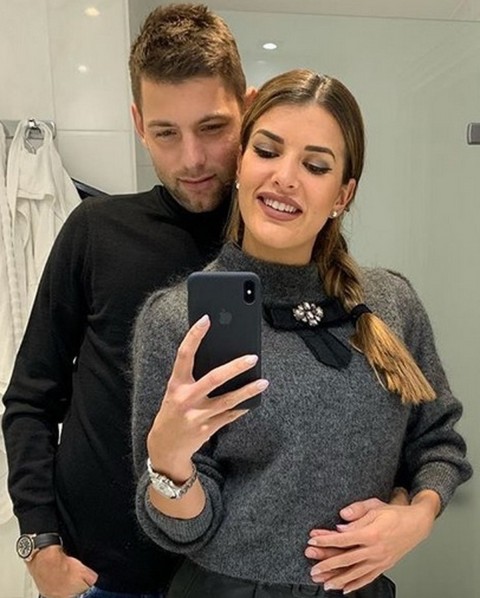 Filip is rumored to be dating, Angela for more than two years. SOURCE: [email protected]

Angela is also a tennis player and plays in the domestic league. Filip was involved in a romantic relationship with Nina Radulovic for more than a year in 2018. They were very much open about their relationship status but his happy-looking relationship ended in mid-2019.

Filip started training tennis from the age of five. In 2007, He won four junior singles titles of Pancevo, Atlanta, Texas, and Boca Raton as an amateur. Krajinovic turned professional in Futures event in 2008. The Serbian player had to struggle a lot in his initial days and made it into the top 200 in 2010. The following season, Filip remained out of the game due to an injury.

In the 2012 season, Filip played in the ITF Futures circuit and ATP Challenger Tours. It took him two years to enter into the top 100 rankings after qualifying in the US Open. At the end of the 2017 season, Filip reached the finals of the Paris Masters when Rafael Nadal withdrew from their match due to injury in the quarterfinals. He eventually lost in the final to Jack Sock.

In 2018, Filip had numerous injuries which left him out of the ring for most of the season. Although he has not won any major titles, Krajinovic has won two ATP Challenger Tour titles and two ITF Futures titles. In July 2021, Filip finished second at the Hungary Open.