Denis Kudla is a professional tennis player originally from Ukraine. The eight-time Challenger singles titles winner is the product of the Junior Tennis Champions Center. Further, he is right-handed and achieved his career-high ATP singles ranking in World No. 53. Robert Lindstedt coaches Kudla.

Kudla started his career at the young age of seven. Following his passion for tennis, Kudla joined the US Tennis Association's prestigious regional training centre at College Park, Maryland, where the tennis player started his junior career. He made his ATP debut in 2008-2011. Denis qualified for the main draw of a Grand Slam for the first time at the Australian Open in 2012. Likewise, in 2016 the professional tennis player made it to the second round of the Australian Open. On March 21, 2022, Kudla returned to the top 100 at World No. 84.

As mentioned earlier, Denis has been active in the tennis world since a young age and has participated in multiple events and tournaments. Kudla has yet to share his income details openly on web sources. Nonetheless, Denis doesn't flaunt much about his lavish lifestyle on his social media handle. 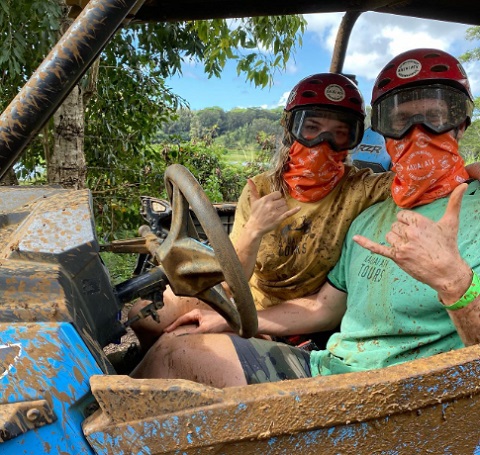 Denis Kudla and his wife are enjoying their vacation. SOURCE: Instagram @deniskudla

Further to this, Kudla has a sponsorship deal with Lacoste. Similarly, his events are represented by tennis agent Sam Duvall at Topnotch Management. Earlier, he was sponsored by Tecnifibre, and in his junior career, he used Luxilon strings but changed to Tecnifibre strings.

Meet Denis's Wife Tyler- When Did They Got Married

Denis Kudla is married to his long termed partner, Tyler. Denis and Tyler have been together for many years, and they got married on October 12, 2020. After being in a relationship for about three long years, the couple tied the wedding knot. The pair share a great bond and often posts pictures on their social media handle. 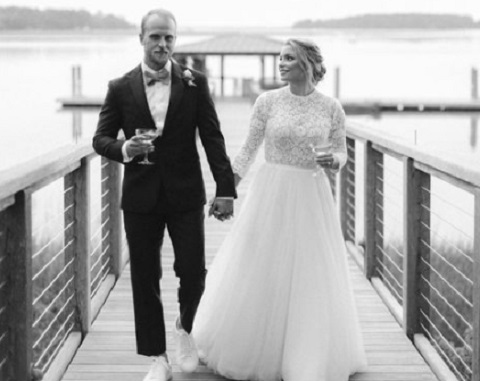 Denis Kudla and his wife, Tyler, at their wedding. SOURCE: Instagram @deniskudla

So, Denis and Tyler don't have any kids, as they are focusing on their careers yet. While glancing at his love life, Denis and Tyler have been together for over five years. The lovebirds were in a romantic relationship before sharing wedding vows.

Little is available about Kudla's wedding details; however, the couple has shared multiple pictures of their wedding online.

Who Is Tyler? Let's Know About Kudla's Wife

Tyler is widely known as the wife of Denis Kudla. Professionally, she is a mental health counsellor. She is also active on Instagram, where we can follow her under the username @tykudla.

Besides, Tyler is a wine enthusiast and often shares her lifestyle with her fans on the online media platform.

Denis was born on August 17, 1992, in Kyiv, Ukraine. Kudla and his family moved from Ukraine to Fairfax, Virginia. His parents are Vladimir and Lucy Kudla, and he has a sibling named Nikita. So, he joined Junior Tennis Champions Center (JTCC) in College Park, Maryland. 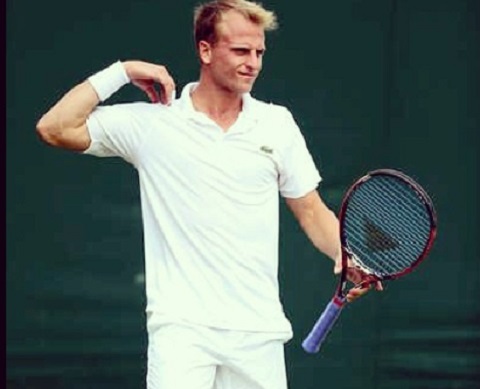 Denis Kudla during his match in 2014. SOURCE: Instagram @deniskudla

Later, Kudla shifted to Arlington, where he joined Washington-Lee High School. Denis has always been a sports fan, and he considers Spaniards David Ferrer and Roger Federer his idol. Talking about his physical appearance, Denis is 5 feet 11 inches tall.