Fernand Lopez is a well-known former Cameroonian Mixed Martial Artist. He is currently working as an MMA coach. Lopez is the owner of the MMA gym, MMA Factory in France. Fernand fought in the professional event from 2006 until 2010.

Fernand Lopez was born Fernand Lopez Owonyebee on November 12, 1978, in Lekie, Cameroon. His father was a college professor, and his mother was a high school teacher. His father let him practice combat sports such as Taekwondo, Boxing, Judo and Wrestling to defend himself from bullies. Lopez stands five feet and nine inches tall and weighs 84 kg.

How Rich is Fernand Lopez? Know About His Net Worth, Salary and Earnings

Fernand Lopez has an estimated net worth of more than $1 Million. He has earned most of his net worth through his career in MMA fighting and as a coach. Lopez started his career as an Electrical Engineer. The salary of an electrical engineer is more than $80,000 annually. The MMA fighter played rugby and had a great interest in joining the professional league but has to drop after injuring his neck. 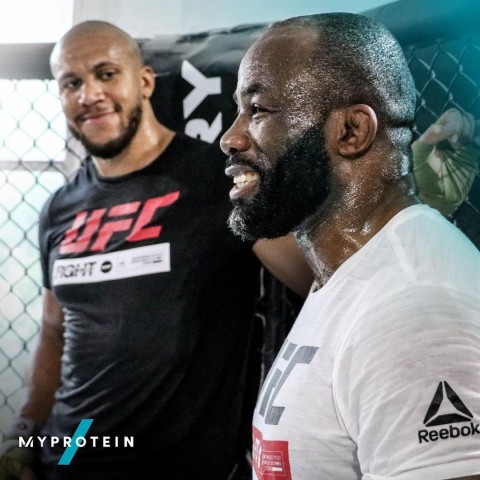 Fernand is very much private about his economic life. He has not shared much of his earnings in public. The salary of an MMA coach ranges from $60,000 to more than $120,000. Lopez has been working for more than ten years and must be making a handsome amount. While in his early days. The fighter must have earned a good amount from his sponsorship and advertising deals.

Fernand is very much concerned about his personal life. He is an active social media user, and following his timeline, we can be sure that the Fighter is a proud father of two children. Lopez has two daughters. The older daughter is approaching her teens, and the younger is below five years. Fernand shares a photo with his daughters at vacation SOURCE: [email protected]_fernand

Lopez has not shared a word about the biological mother of his daughter. They could be the same person or two different. Also, The relationship status of Fernand is mysterious to the public. He must be raising two daughters as a single father. The MMA coach is very close to his daughters and keeps taking them on vacations.

Fernand started training Brazilian Jiu-Jitsu in the early 2000s and at the Mathieu Nicourt's Free Fight Academy. It took him three years to recover from his neck injury and then training in other combat sports like Wrestling and Boxing. Lopez made his professional MMA debut in March 2006 against Cedric Deschamps and won the match via Submission.

Fernand lost his first professional match in November 2006 against Aziz Karaoglu. Lopez fought in four matches in the next two years and won two and lost two matches. In 2010, He fought in six events and had 50-50 records. Fernand retired from MMA in late 2010 with a 10-7.

Lopez started working as an MMA coach at Free Fight Academy. In 2013, He started a gym class called 'Cross Fight,' later renamed 'MMA Factory.' He has worked with several top fighters currently fighting in numerous fighting rings globally. Lately, Fernand has had some disputes with his business partner and is in the heat of the situation.