Federico Bernardeschi's net worth is expected to be over $5 million. Regarding his personal life, he is possibly single and unmarried.

Net Worth and Salary of Federico Bernardeschi

As of 2019, Bernardeschi's net worth is estimated over $5 million. Furthermore, he receives €3 million as an annual salary from his current club. Currently, his market value is estimated to be £40.50 million.

Bernardeschi has Hyundai Elantra car which is worth $14000. He has a sound financial condition and is often seen in the world’s expensive destinations.

Federico Bernardeschi was in a relationship with his ex-girlfriend, Veronica Ciardi. The couple started dating in 2015 but they couldn’t continue their relationship and separated. After five months of their bust-up, his ex-girlfriend officially revealed their separation via Instagram. His former girlfriend is a competitor of a television show named Big Brother. 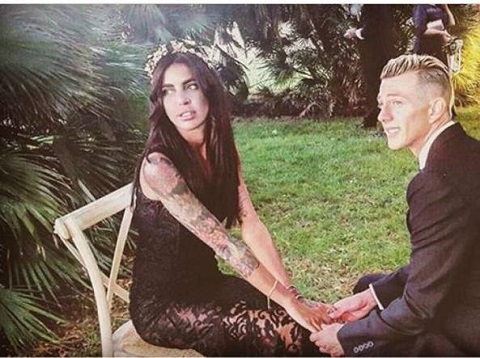 Federico Bernardeschi posts the pictures with Danilo Cataldi, an Italian footballer while kissing in his head. He got the nickname of Brunelleschi, for his technique and elegance on the pitch after the popular architect.

Federico Bernardeschi was born on February 16, 1994, in Carrara, Tuscany, Italy. His father's name is Alberto Bernardeschi and grew up with his sister Gaia Bernardeschi. Bernardeschi belongs to Italian people ethnicity and holds Italian nationality.

Federico Bernardeschi began his football career joining the youth team of A.S.D. Sporting Atletico Carrara in 2000. He then played for Polusportiva Ponzano and Fiorentina.

At the age of 19, Federico Bernardeschi sent out on loan to Crotone in 2013 for a one season. He then made his official debut in Serie A against Genoa on September 14, 2014. After a couple of days, he made his European debut against Guingamp in the Europa League. He has scored 12 goals in 39 appearances for the Crotone.

Bernardeschi then signed a five-year contract with Juventus with the transfer fee of €40.00 million and made his debut in the 2017 Supercoppa Italiana. He then played in UEFA Champions League against Barcelona.  So far, he has scored 2 goals in 10 matches for the club.

He then made his international debut against Spain as a substitute. Later, he scored his first goal against Liechtenstein in a 2018 World Cup qualifier on June 11, 2017. Till this date, he has 13 caps for his national team since 2016.