Davide Astori was an Italian football player who played as a defender for Fiorentina and Italy national team in his last days. The 30 years old footballer also played for many clubs like Milan, Pizzighettone, Cremonese, Cagliari, and Roma etc. He was well-known for his good aerial ability, and reliable technique.

Astori died due to cardiac arrest on March 4, 2018, at the age of 31 in a hotel ahead of Fiorentina's match against Udinese.

Davide Astori began his career joining hometown club Pontisola before being transferred to Milan in 2001. After spending five years in a junior team, he was promoted to a Senior team of Milan in 2006. He was then eventually loaned to Pizzighettone for the 2006-2007 season. He has scored 1 goals in 25 appearances.

Astori was then sent on loan to Cremonese for the 2007-2008 season where he played in 31 matches.

Astori signed a co-ownership contract with the Cagliari for €5.00 million in 2008 and made his debut on September 14 against Siena as a backup player. Later, he scored his first goal against Fiorentina replacing Diego Lopez on January 31, 2010. He has scored 3 goals in 174 matches.

In the beginning, Davide Astori played for Italy U-18 in 2004 and played 4 matches for Italy U-18. After a long time, he was called up to the senior team in Italy in 2011 and made his full debut for Italy on March 29, 2011, against Ukraine in Kiev. His national teammates were Danilo D’Ambrosio, Andrea Conti, and Daniele Rugani. 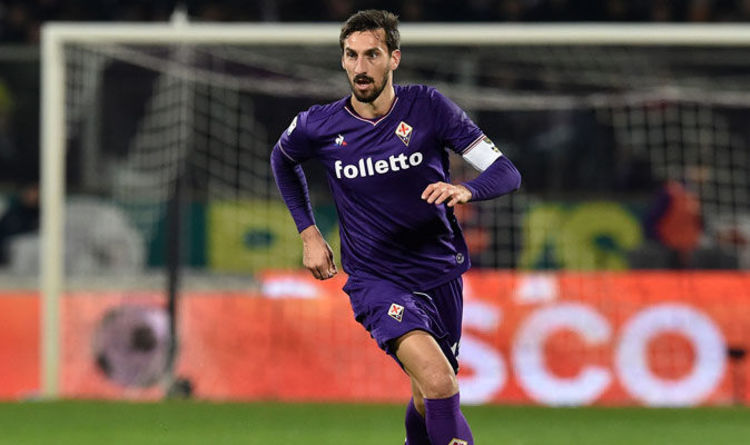 Davide Astori was in a relationship with his girlfriend, Francesca Fioretti, former Griffin, and model. The couple welcomed their first child daughter, Vittoria in 2016, Wednesday, February which was revealed by Fioretti via official facebook.

The couple first met in 2009 and eventually fell in a love to each other. His girlfriend often shares his baby pictures on Instagram. The couple was happy and blessed with a beautiful daughter but were unmarried.

Davide Astori's Net Worth and Endorsements

As of 2017, his market value was estimated at €8.50 million. Davide Astori received around €1.3 million as an annual salary from his club. Some sites claimed his net worth to be around $5 million in 2018. His primary sources of income was a football career. Besides, he also had endorsement deals with several brands.

Davide Astori loved to travel and often seen on the beach, swimming pool, public places, and beautiful destination of the world.

Astori passed away due to a cardiac attack on March 4, 2018, at the age of 31 in a hotel ahead of Fiorentina's match against Udinese.