Lee Sang-Hyeok is a Korean professional Esports player who is well known by his online name Faker. Currently, Faker is the professional league of Legends player and was previously known as "GoJeonPa". Lee Sang is also working for the SK Telecom as their mid laner competing in the League of Legends Champions Korea (LCK).

Faker with the $1,169,713.35 in prize money was ranked #52 in prize money across all esports and is also regarded as the best League of Legends player of all time. His net worth is estimated at around $4 million.

Faker is among the list of the highest earners of the esports players across the globe since he was ranked #52 and his net worth is estimated at around $4 million as of 2019. Moreover, he has collected a sum of around $1,213,853.15 as his prize money from almost 46 tournaments.

Above all this, Faker's gaming skills and programming career has helped him earn a lot of money since he also receives $2.5 million annually from the SK Telecom T1.

Is Faker Dating Someone? His Personal Life

Faker hasn't so far reported about his current relationship status. Despite being a popular name in the Esports world, there aren't many details regarding the personal life/love affair of Faker.

The 23-year-old online gamer might be currently single since there aren't any confirmations suggesting that he is involved in any relationship. 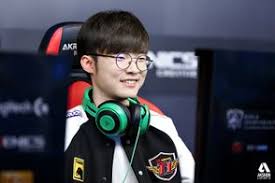 It can also be said that he might have been involved in a romantic relationship with his girlfriend but doesn't want to share it publicly which is why the information regarding his probable girlfriend or spouse is missing. Furthermore, he doesn't seem to be married or engaged. 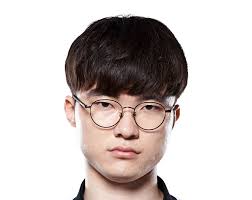 As going on exploring his official social sites, he hasn't given a single hint which puts light on his personal life. Moreover, he is among the best Esports player who spends most of the time in his games and so far he is not involved in any rumors and controversies.

Lee Sang-Hyeok was born to father Lee Kyung-Joon on May 7, 1996, in Seoul South Korea. He holds Korean nationality and belongs to Asian ethnicity.

Along with his brother, Faker was raised in Seoul by his parents. he was fond of puzzles and video games since his childhood. Later he dropped his high school studies just to play and join SKT.

Faker started his professional gaming career after he was picked by the SK Telecom T1 in 2013, where his role was a starting mid laner. Later on, he led his team to Legends World Championship trophy. His team also won the HOT6iX Champions Summe organized in 2013.

In 2015, Faker rejected the offer of Chinese teams and stayed with the Korean team and as per the sources he has declined Chinese team offers of ?500 million for streaming. During his Eposrt career until now, he has earned several trophies and awards including cash prizes as well.

Further biographies of the Esports players are found on Playerswiki.com