Fabia Delph is an English professional football player, best acclaimed for playing in the Premier League club, Manchester City and the English National Team in the position of midfielder.

He plays for the Manchester City wearing a jersey number 8 and 17 for England national team. More recently, he has been named 23-man of the England national squad for the 2018 FIFA World Cup.

Fabian Delph was born on November 21, 1989, in Bradford, England, to Donna Delph, the mother. Regarding his nationality, he is British and is of mixed ethnicity.

Delph began playing football for the Bradford City. After playing for a brief time with team Bradford, he joined the football club, Leeds United in September 2001 where he also served the team as a captain. After Leeds United, he played for the Aston Villa approximately for three seasons and signed with Manchester City.

Honoured to be selected for the World Cup squad, very special moment for me and my loved ones. Can’t wait to get started #TunnelVision

Fabian Delph made his International football career debut in 2008 as a substitute for England national under-19 team. More recently, he has been named as 23rd man England national team squad for the 2018 FIFA World Cup.

Fabian Delph married to Natalie Delph in a private ceremony where only a few of his friends and family attend. The couple has not disclosed their married date.  Currently, the husband and wife are blessed with two children and soon they will be the parents of three.

Fabian Delph wife, Natalie is on the way to give birth to their third children. Reportedly, it is announced that he would miss his 2018 World Cup for the birth of his third child. 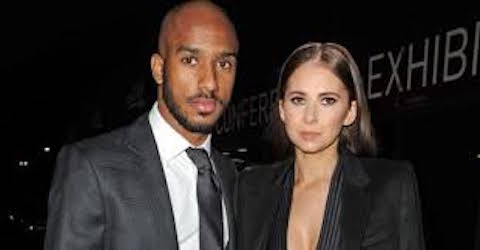 Apart from his professional career, the talented football player is also active on social networking sites like Instagram.

He has thousands of followers following on it. However, he has not shared any photos with his family or loved ones due to which it has made little hard to know more about his family and relationship.

As an established English footballer, Fabian Delph has accumulated a decent sum of money. In 2015, Fabian Delph signed a five-year contract with Manchester City for £8 million. His current weekly wage is reported to be £90,000 with the annual earnings of £4.5 million.

Delph makes the total annual earnings of about £5 million in a year including his payment from the endorsing the products.

As of 2018, his exact net worth is under review, but analyzing his current football works, he seems to be making money in thousands of dollars.

Recently, he has been named 23-man England National Team squad for the 2018 FIFA World Cup along with Ashley Young, Dele Alli, Raheem Sterling. Their first 2018 World Cup game is against Tunisia on June 8, 2018.