A native of Espoo, Finland, Räikkönen was born on 17 October 1979. His star sign Libra. He holds Finnish nationality.

Räikkönen, who has won 21 Grands Prix, has an estimated net worth of $200 million. The thirty-nine-year-old is married to Virtanen, with whom he shares two children.

Often perched near the top of the Forbes list of highest-paid athletes, Kimi Räikkönen net worth is approximately $200 million as of 2019. He is also among the 20 richest drivers list led by Michael Schumacher worth $800 million. 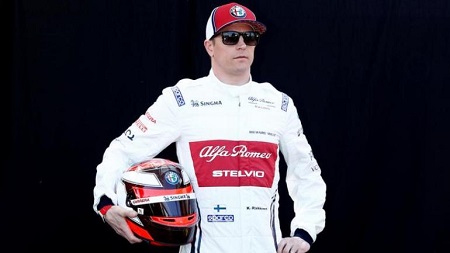 In 2015, he earned overall $27 million ($25 million from Salary/Winnings and $2 million from Endorsements) and was ranked #32 in THE WORLD'S HIGHEST-PAID ATHLETES 2015 where Floyd Mayweather Jr. and Manny Pacquiao topped the list with 1st and 2nd positions respectively. However, in 2016 his rank was dropped.

Besides, he is the owner of Motocross World Championship team, Ice 1 Racing.

Not only from races but Räikkönen also earns much from lucrative endorsement deals. However, he limited his personal endorsement after he re-signed with Ferrari. As of now, the hunk has been sponsored by the likes of Oakley, Wrangler, and Richard Mille.

In 2009, the highest-paid driver in motorsport purchased a lavish villa in Baar, which he named ‘Butterfly’. The $24 million house which spans about 3,000 square feet has indoor and outdoor pools. Further, it consists of an underground garage which accommodates up to ten cars. 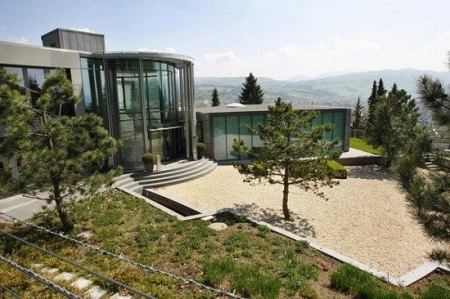 Additionally, he has a lavish mansion in Finland, which he reportedly has put up for sale. The mansion which is located in Kaskisaari in Helsinki, Finland, is worth $17.8 million. 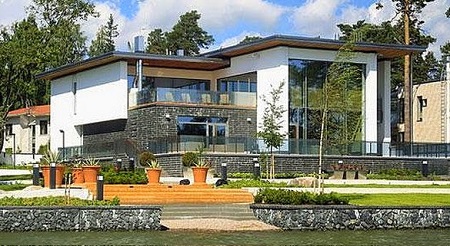 Moreover, the house consists of 526 square meters just in front of the oceanfront and has 8 bedrooms and a huge living room. 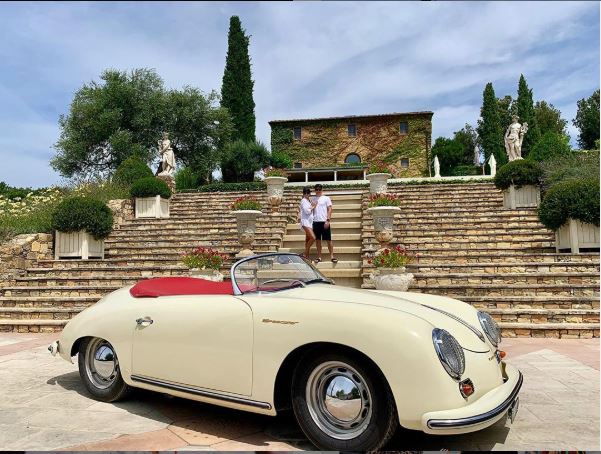 Recently, in August 2019, he shared the picture on his Instagram captioning, "Italy - My second home". Seems that Räikkönen owns a house in Italy too.

Formula 1 driver, Kimi has some amazing cars in his collection which he uses when he is off racing duties.

Räikkönen and Jenni Dahlman, a Finnish former model met in 2002. Soon the duo started dating. After being in a relationship for a couple of years, they exchanged vows in on 31st July 2004, an intimate ceremony. 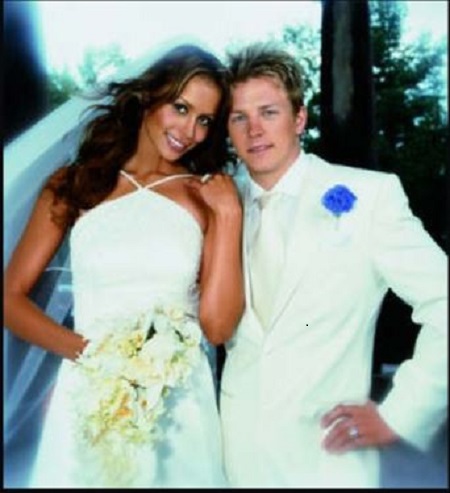 Nevertheless, the pair separated after a decade of their marriage. In 2013, Jenni moved out of their €30 million house in Switzerland. Their divorce was finalized the following year.

The Finnish man and Minna-Mari "Minttu" Virtanen, a fitness and underwear model started dating shortly after Kimi finalized his divorce from his first spouse.

On 28 January 2015, the couple had their first child, a baby boy named Robin. 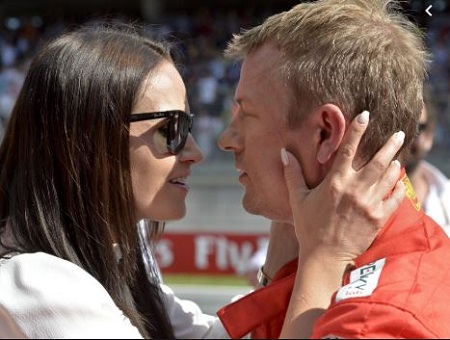 Räikkönen and his wife Virtanen SOURCE: The Sun

After dating nearly two years, the pair decided to take their relationship to the whole in level. Ahead of their wedding, in an interview with a Finnish lifestyle magazine, Kauneus, and Terveys, Minttu said, "It took some time before he trusted me".

Further, she added, "But eventually we established trust between us and in May last year he asked me to stop work to move in with him in Switzerland." 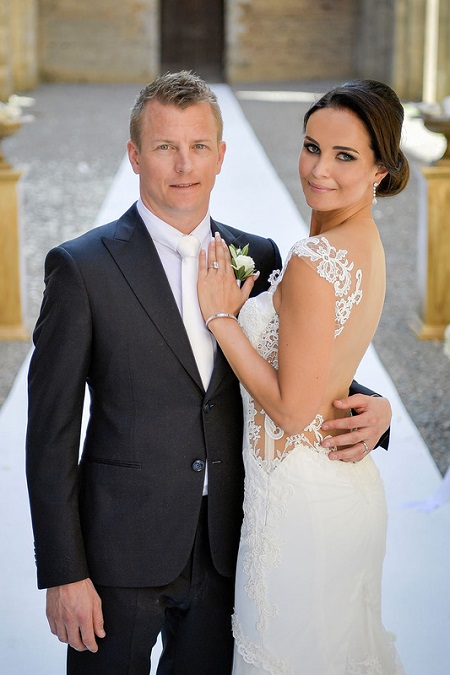 At the wedding, Minttu flaunted in a lace wedding dress highlighting a low-cut back. What's more, the bride kept her raven hair pinned up in a chignon, leaving all attention to the stunning open back. While the groom wore a dark suit and crisp ivory tie. 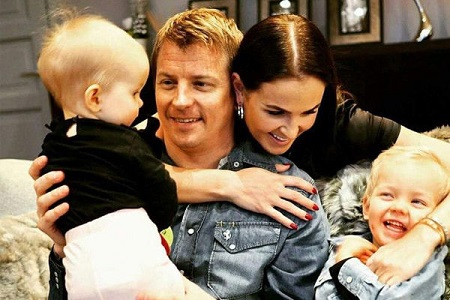 On 16 May 2017, Räikkönen and his wife welcomed their second child a daughter, Rianna.

Currently, the Räikkönen family is living a blissful life.

In 2001, Räikkönen joined Formula One as a regular driver for Sauber-Petronas. The following year, he entered in McLaren Mercedes and further held a title, finishing runner-up in the championship to Michael Schumacher in 2003, and Fernando Alonso in 2005.

His 2002, 2004 and 2006 seasons were plagued by severe unreliability from his McLaren cars, prompting a move to Ferrari in 2007. That year he was awarded Formula One World Drivers' Champion, pipping both McLaren drivers Lewis Hamilton and Fernando Alonso to the title by just one point. Following the 2009 season, he left both Scuderia Ferrari and the sport.

Upon his return to Formula One, the Finnish racer drove for Lotus in 2012 and 2013, scoring the team's only triumph.

On 11 September 2013, he re-signed a two-year contract to Ferrari, starting in the 2014 season until 2018. Further, Ferrari-affiliated Sauber Alfa Romeo announced that Räikkönen had been signed on a two-year contract for 2019 and 2020, with Sauber's rookie Charles Leclerc switching to Ferrari in his position.

Other than that, he has won 21 Grands Prix, becoming the most successful Finnish driver in terms of Formula One race wins. Also, he is the only racer driver to win the V10, V8 and the hybrid V6 engine eras.

Besides F1, Räikkönen has also competed in NASCAR and made his debut for Kyle Busch Motorsports in the Camping World Truck Series.

Since the tender age of ten, he had a long line of success in karting. After five years, he went to race outside in Monaco where he continued to race even after the steering wheel was broken informing his mechanic by frantically waving the steering wheel in the air on the home straight.