Eric Stokes is a rising American football player. After Green Bay Packers drafted him in round one, Stokes came to the spotlight, overall twenty-ninth overall pick in the 2021 NFL draft. Eric players a cornerback for his team. Stokes was part of the First-team All-SEC in 2020.

Eric Stokes was born Eric James Stokes on March 1, 1999, in Covington, Georgia. He is among the two children born to Eric Stokes Sr. and his wife, Brandie Maddox. His parents divorced when he was very small. Stokes rose to fame only after his successful career so, there is not much information about his early life. Eric spent a lot of time shuttling between their two homes, which created a strain at times. Stokes graduated from Eastside High School and then enrolled at the University of Georgia. Eric stands six feet and weighs 88 kg(194 lb).

Eric played numerous sports while he was in High School. He played American football and ran track and field. After completing High School., Stokes committed himself to play for the University of Georgia. He is the recipient of the Tommy Reeder Football Scholarship and the David William Moorman Football Scholarship. In the freshman year, Eric played in 13 of 14 games with three starts in 2018 and finished the season with 20 tackles. In the sophomore year, Eric started 13 of 14 games, recording 38 tackles and one sack.

In the junior year, Stokes returned as a starter in 2020, where he recorded his first career interception. The player started at CB in all nine regular-season games. He returned for a touchdown in the season's opening game and finished the season with four interceptions and two touchdowns. After completing his junior year, Eric enlisted his name for the 2021 NFL draft.

How Rich is Eric Stokes? Know About His Net Worth, Earnings, and Salary

Eric is an active social media user, and his Instagram profile with 51k followers is filled with luxurious photos. Following his posts, it seems like Stokes has earned a reasonable sum through several deals and prize money. Eric has not shared a word about his earnings and net worth in public. 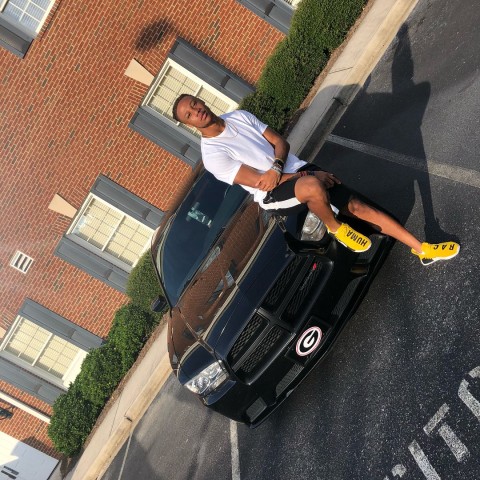 Eric shares a photo with a car SOURCE: [email protected]

Covington, Georgia Native Eric is not dating anyone and is probably single as of mid-2021. Stokes is about to start his professional career and spends most of the time focusing on his future career and spending time with his family only.