Aaron James "A. J." Hawk aka. A.J Hawk is a well-known Ameican Sports Analyst. The multi-talented personality is also a  former American Football player. He played as a linebacker for eleven seasons in the National Football League.  Aaron was part of the Super Bowl XLV with the team Pittsburgh Steelers.

A. J Hawk was born on January 6, 1984, in Kettering, Ohio. He is among the three children born to Keith Hawk and his wife, Judy Hawk. Hawk has two elder brothers named Ryan Hawk and Brady Hawk. Both of his brothers also played football in their early life. After graduating from Centerville Elks High School, Aaron enrolled at the Ohio State University.

How Rich is A.J. Hawk? (Earings, Net Worth, Salary, and Contract)

A.J. Hawks has an estimated net worth of more than $30 Million. Aaron has accumulated most of his net worth working as a football player and as a sports analyst. The Green Bay Packers signed Hawk to a six-year, $37.50 million worth contract. His contract included $14.76 million guaranteed and a signing bonus of $1.91 million. 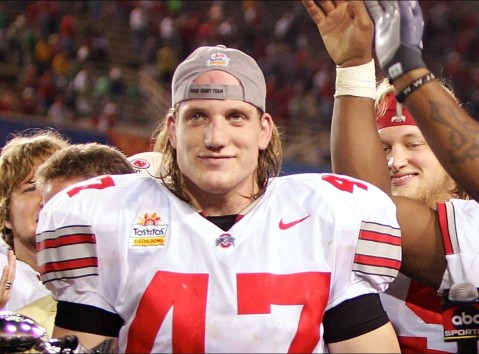 At the end of his career, In 2015, Hawks signed a two-year contract worth $3.25 million contracts that included $500,000 guaranteed with Cincinnati Bengals. In 2016, He signed his last contract with Atlanta Falcons for $985,000 for one year. On January 7, 2017, Hawk announced his retirement on a podcast with Albert Breer.

Father of Four Children; Who is his Wife?

Hawks tied his wedding knot with his longtime girlfriend, Laura Quinn, in 2007. The love birds had been dating for several years before tying their wedding knot. Laura is the sister of former NFL quarterback Brady Quinn. Aaron and Laura have been blessed with four children. 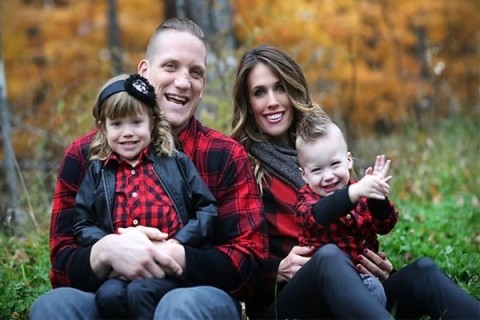 A.J. Hawk along with his two children and wife SOURCE: American football

The family of six is living a happy life. Aaron has become successful in keeping his children away from the media. He is an active social media user but has only posted a handful of posts about his family and children.

Aaron started playing football from his High School days and still holds numerous records to his name in High School Football. Hawk was a two-time All-State player in high school. In 2006, The Green Bay Packers drafted him in the fifth round. He signed a six-year contract with the team. Hawks was third place in voting for the Associated Press Defensive Rookie of the Year.

Hawk was part of the Super Bowl XLV winning team in 2011. He extended his contract with the team until 2015. In March 2015, Cincinnati Bengals signed a two-year contract and played with the team. The following season, Atlanta Falcons signed a one-year contract with him, but he did not play a single game and soon announced his retirement. After retiring from football, he serves as the co-host for the final hour of McAfee's daily radio show, The Pat McAfee Show.