Eric-Nathan M. Kendricks a.k.a. Eric Kendricks is an American football middle linebacker who is signed to the Minnesota Vikings of the National Football League (NFL). He finished his collegiate career at UCLA where he won the Butkus Award as the nation's top collegiate linebacker and received All-American honors as a senior. He was picked by the Vikings in the second round, 45th overall of the 2015 NFL Draft.

Clovis, California native, Eric Kendric was born on 29th February 1992, under the star sign Pisces. As per nationality, he is an American and is of Afro-American ethnic background. The twenty-eight years old stands 6 ft 0 in (1.83 m) and weighs 232 lb (105 kg).

How Much Is Eric Kendricks Net Worth In 2020?

Minnesota Vikings linebacker is in a relationship with Ally Courtnall for a long time now. The duo met while they attended UCLA, where Ally ran track and played defender for the Bruins women’s soccer team. Los Angeles native, Ally was born on June 23, 1993, as one of the children born to Paris and Russell Courtnall, a former Canadian NHL player who also played in the 1984 Canadian Olympic Hockey team. 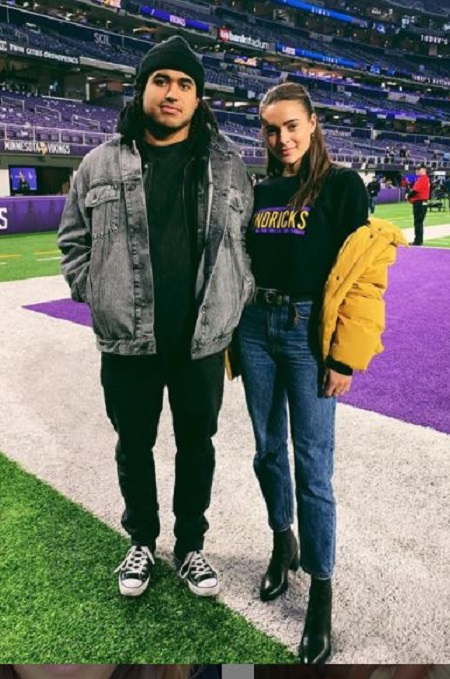 A former athlete, Ally played soccer for the Canadian national team and was a member of the Under-17 Canadian National Team at the 2010 World Cup in Trinidad & Tobago as well as with the Canadian U-17s capture the 2010 CONCACAF World Championship in Costa Rica. Upon graduation, she became a full-time model forSLU agency.

Kendricks is the son of Yvonne Thagon and Marvin Kendricks. His father is the former running back at UCLA who played professionally in the Canadian Football League (CFL). He has an elder brother Mychal and a younger sister Danielle. They were raised by Thagon, their single mother, after their parents split following Marvin became addicted to crack cocaine. By the time Kendricks started high school, Marvin cleaned himself up.

In the 2015 NFL Draft, the Minnesota Vikings selected Kendricks in the second round (45th overall). That year he was the sixth linebacker drafted. He made his professional regular-season debut in the Minnesota Vikings' season-opener at the San Francisco 49ers and made one solo tackle during their 20–3 loss.