Barely stepping into his 20s, Enzo Fernandez has already found massive success in his career. And after his performance in the 2022 FIFA World Cup, Enzo and the Argentine squad are enjoying the fruits of their labor. And among all the break-out footballers in the tournament, Fernandez won the Best Young Player title. Before joining the top brace club, he played for River Plate FC for most of his football journey.

The year 2022 has been fortunate for the Argentine bunch. With their win in Copa America, Enzo and his Argentine teammates appeared in the 2022 FIFA World Cup with massive momentum. And now, Argentina holds the crown of the FIFA World Cup. And the majority of the awards presented in the tournament were bagged by the Argentine squad. Argentina scooped the Golden Glove, Golden Ball, and Best Young Player Awards.

At the age of four, Enzo Fernandez started his official football journey. And at the time, Fernandez played in his local football club La Recova. Initially, Enzo joined Recova in 2005 and stayed with them till mid-2006. 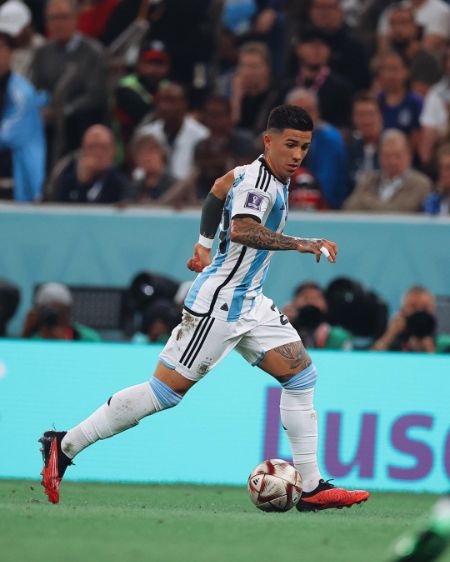 During the 2006 season, Enzo earned the opportunity to join River Plate FC. However, Fernandez played in the second team of River Plate for many years before joining the first team. In his final years with the club was loaned to Defensa y Justicia in the 2020-21 season.

After the 2021 season ended, Fernandez opted to change clubs. And with a considerable upgrade, he joined the Primeira Liga team in 2022. River Plate agreed to transfer Enzo to Benfica FC with a staggering 10 million euros transfer fee and 75% economic rights. Likewise, Plate also wanted 8 million euros as an add-on. Similarly, the Argentine club asked Fernandez to finish Copa Libertadores before he left.

Enzo Fernandez is still new to his Internationa career!

Earning one of the most significant awards for a young footballer in the 2022 FIFA World Cup, Enzo Fernandez will only grow as an athlete. And aside from his part in the world cup, Enzo appeared only once in an international game representing his country. 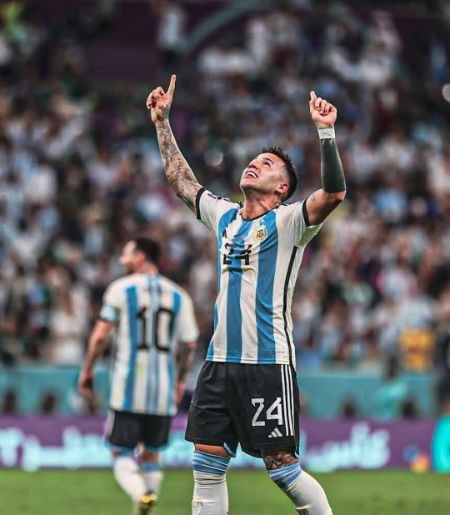 In 2019, Esteban Solari, the Argentine team manager, selected Fernandez for the U18 team at the COTIF Tournament. And over two years, Enzo found his opportunity to represent his country again.

On November 03, 2021, the current Argentine squad manager, Lionel Scaloni, called the young footballer for the FIFA World Cup qualifiers. And Enzo made his debut on September 24, 2022, in Argentina vs. Honduras match.

Fast forward a few months, Enzo earned a spot in the Argentine 26-man team for the World Cup. And in the same month, Fernandez netted his first international and World Cup goal. The young Argentine footballer scored the closing goal in their game against Mexico.

An embarrassing Goal of the 2022 FIFA World Cup: Enzo Fernandez

There were many controversial moments in the Qatar 2022 FIFA World Cup. However, the more light-hearted was when Enzo Fernandez netted the ball for their opponent. What made the moment more memorable was how the Argentine goalie, Emiliano Martinez, reacted to the self-goal.

Martinez, the Golden Glove winner, was too stunned to move. In his attempt to block the Australian footballer Crag Goodwin's shot, Enzo managed to redirect it to his own team's net. And so, Fernandez became the youngest player to score a goal in their own team's net.

After the embarrassing blunder on his part, Enzo Fernandez holds an impressive run in the 2022 FIFA World Cup. Not only did Fernandez start his international career in 2022, but he also earned a slot in the starting eleven. Similarly, for his first FIFA World Cup, Enzo appeared in all of the seven matches played by Argentina. 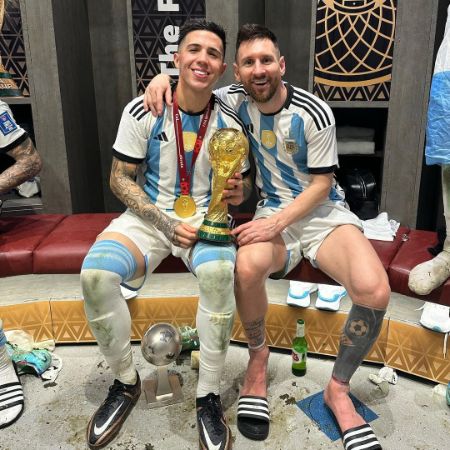 The fight for the Best Young Player award was tough, and Enzo beat many players to win the title. What's more, even his team captain, Lionel Messi, praised the young footballer. And now, Fernandez's worth in football has reached a new height.