Enzo Fernandez is a rising French footballer. He has been playing professional football for more than a decade. Enzo comes from a reputed football background. Enzo has been playing for the Spanish club Fuenlabrada since joining them on July 18, 2022.

Enzo Fernandez was born Enzo Alan Zidane Fernandez on March 24, 1995, in Bordeaux, France. Enzo is among the four children born to Zinedine Zidane and his wife, Veronique Fernandez. His father is a football legend, and his mother is a model. Although Enzo was born and raised in France, He took Spanish citizenship in 2006. Fernandez started his career at the very early age of four.

Enzo is an active social media user. He keeps posting photos regularly. Following the posts and stories of Enzo, We can be sure that He is happily married to his wife, Karen Goncalvesv. Karen is a fitness instructor. Enzo posts photos of him along with his family and his wife. 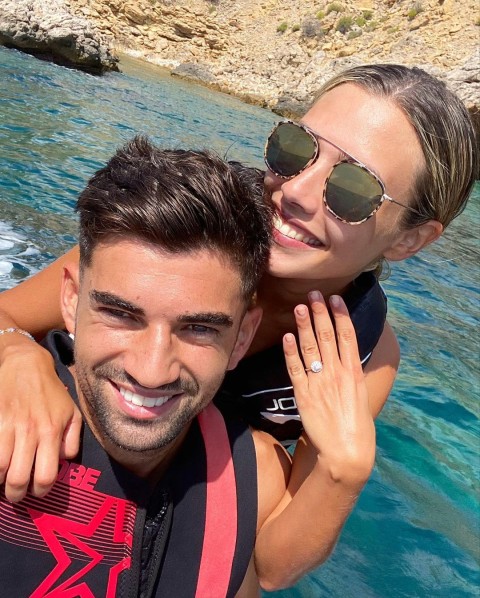 Enzo along with his fiance, Karen SOURCE: Instagram @ Enzo Fernandez

The duo has been together for more than two years. They are yet to share their first meeting instance. Enzo and Karen got engaged in August 2020 and later married. Enzo and Karen keep visiting various famous holiday destinations in and around Europe. Apart from that, the married couple is also the parents of a baby girl named Sia, born on May 19, 2022.

Net Worth and Earnings Explored

Fernandez makes a decent amount of money from being a professional footballer. His exact net worth and earnings are under investigation but are speculated to be around $30,000. There has been no confirmed source about his contracts. Enzo shared some good times in Real Madrid with James Rodriguez and Sergio Ramos. 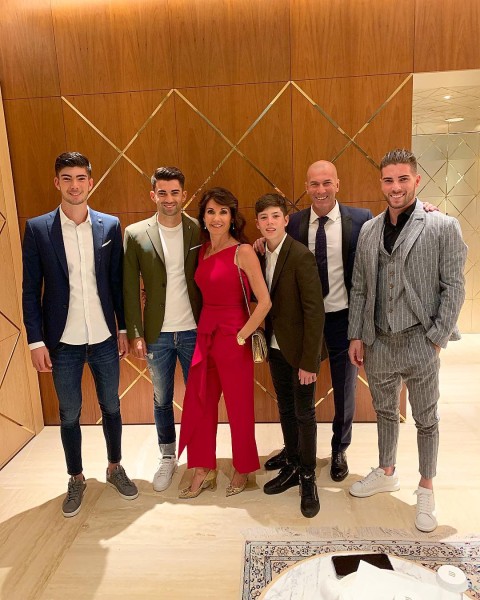 Enzo's father, Zidane, has an estimated net worth of more than $100 Million. He has accumulated most of his fortune through his two-decade-long career in football. The French International started his career in 1988 and played for some big clubs like Juventus and Real Madrid in his prime.

After retiring from football, Zidane remained away from football for some time and then started working as a manager of Real Madrid Castilla in 2014. He was promoted to senior manager in 2016 and had an incredible two seasons before leaving.

The former Real Madrid Player Enzo started his senior career with Real Madrid C in 2014. He was in the Youth Club of Real Madrid before his senior debut. Enzo has been to many European leagues, keeping his career unstable with a single club. 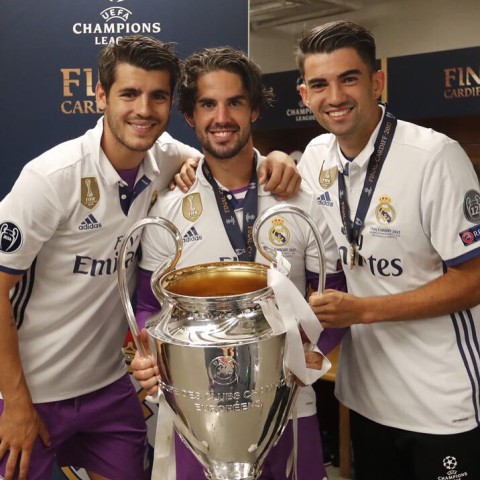 Enzo along with his teammates after UEFA Cup victory SOURCE: Instagram @ Enzo Fernandez

The French International was expected to be among the top young talent but could not keep the expectations. Although Enzo played for Real Madrid Senior Team, He was loaned to Alves. They had signed a three-year deal for an undisclosed fee with a buyback clause.

To everyone's surprise, In 2018, Fernandez canceled his contract with Alves and signed with FC Lausanne-Sport, a Swiss Super League. Like his previous games, He could not keep up with the game's pace. In the end, Enzo moved to UD Almeria, the second-division club in Spain.