Enner Remberto Valencia Lastra, who is well known as "Enner Valencia," is one of the professional names in the world of soccer. He is an Ecuadorian footballer who played for Super Lig club Fenerbahce and the Ecuador national football team. His playing position is forward for his team.

His professional career got started with Emelec. He played his youth career with Caribe Junior from 2005 to 2008. His nationality is Ecuadorian. He is of Afro-American descent. His birth sign is Aries. His parents must be proud of their son's achievements. Fewer people can achieve that success and reach the height he has already accomplished.

Enner is a married man. He has a wife whose name is Sharon Escobar. He and his wife dated each other for some years and later walked down the wedding aisle in the presence of their family and close ones. 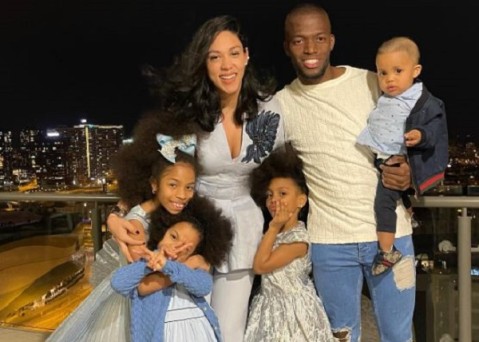 Enner shares a photo with his wife and Children  SOURCE: Facebook

Apart from being married for some years, Valencia and his wife have also started their own family. The duo is blessed with three children named Amelia, Annalia, and David. Reportedly, he has another child named Beira, born to his former wife.

How Rich is Enner Valencia? Know About His Net Worth and Salary

Enner Valencia is one of the greatest names in soccer. Valencia makes most of his gains from being a professional footballer. Besides, Valencia enjoys a net worth of around $1 million. Valencia is currently playing for Super Lig club Fenerbahce.

So, playing for Fenerbahce earns £52,000 weekly, and his yearly wage is £2,704,000. Receiving a decent amount of money, Valencia is the third-highest-earning player in his squad. Previously, he played for Tigres UANL, and his deal with the team was €5.50 million. 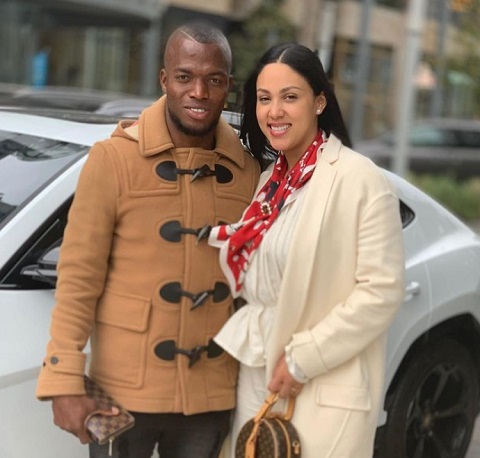 Enner Valencia with his wife in a holiday  SOURCE: Instagram @ennervalencia1

Meanwhile, Valencia got more media prominence when he signed a deal with West Ham and had a contract worth €15 million. According to Transfermrkt, Valencia has a market value of €3 million while it was €11 million recorded on July 1, 2015.

Enner Valencia started his professional career with Emelec. The team Emelec provided him with an excellent opportunity and opened the door to success. While playing for Emelec club, he won the Serie A and was honored by the Copa Sudamericana Golden Boot in 2013. He scored 27 goals in 130 appearances with Emelec. In 2013, he was acquired by Pachuca in Mexico. He played with Pachuca from 2013 to 2014. In 2014, he was also awarded the Liga MX Golden Boot in the 2014 Clausura tournament. 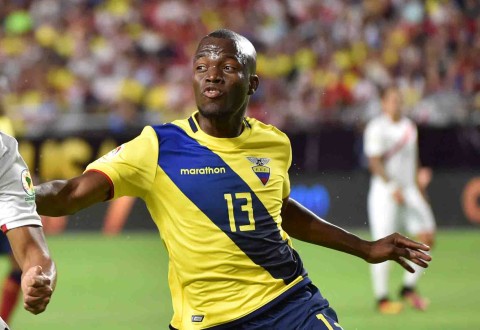 On July 2014, he was picked by West Ham United. On August 31, he signed with Everton as a loan from West Ham United. After spending a loan season, The player moved to Mexico and played with UAHL for three seasons. In 2020, He moved to Turkey and joined Fenerbahce, and at the time of this post, he has made over 70 game appearances for the team.

At the international level, he represented his nation at the 2014 FIFA World Cup and 2015 Copa America. He scored 37 goals in 75 appearances with Ecuador. The player has been part of the national team since 2012 and has appeared in three World Cup events scoring five goals. Besides, he is also a player playing in the FIFA World Cup 2022.

Enner Valencia was born into a low-income family. When he moved to the Emelec, he could not afford even a single room for himself. Valencia had to sleep in the rudimentary lodge. He also struggled to buy food for himself. His parents are Bolivia Lastra and Remberto Valencia.