Emre Belozoglu is a former football player from Turkey who now serves as a manager of Istanbul Basaksehir. During his professional playing career, Belozoglu played prominently as a midfielder. Some of the teams he played in are Galatasaray, Inter Milan, and Newcastle United. Belozoglu also played for the Turkey national team from 2000 to 2019.

As a senior, Belozoglu made 531 appearances representing multiple teams and also scored 60 goals in total. For the 2019-20 season, Belozoglu played for Fenerbahce, and he retired after the season. After retiring from professional football, Belozoglu didn't leave sports as he began serving as director of football for Fenerbahce's first team. And since 2021, he has been with the team of Istanbul Basaksehir.

Belozoglu makes a fair sum of money from being a football coach. For your information, a football player in Turkey has an average salary of $3446.10 annually, $1.66 an hour. So, it can be said that Belozoglu may earn above the average wage as he has been working as a football coach for a long time.

After retiring as a player, Belozoglu has looked after various teams. So, being with multiple groups, Belozoglu may have taken home a decent profit. Besides that, Belozoglu made most of his gains during his professional playing career. When Belozoglu moved from Galatasaray to Inter Milan, he received a whopping deal of £5 million. After playing for them, he moved to Newcastle United, with whom he signed an agreement worth £3.8 million. For the 2013-15 season, Belozoglu was with Fenerbahce, and with them, he received a contract worth €2 million per season.

So, having such impressive deals in various clubs, Belozoglu has preserved a vast fortune under his name, and his net worth is undoubtedly in the six figures. The football coach now lives a lavish life as he is making a good amount of money, and we can explore his fabulous lifestyle by following him on social media.

Moving into his personal life, Belozoglu is a happily married man who leads a blissful life with his beloved wife, Tugba Gurevin. Gurevin and Belozoglu dated each other for some time before walking down the wedding aisle in 2009.

The pair exchanged their wedding vows in the presence of their family and close ones in Besiktas, Turkey. Since then, they have been together, and the duo still supports each other. Being married for over a decade, Belozoglu has also started a family of his own with his wife. Belozoglu and Gurevin are blessed with three children: Omer Akif Belozoglu, Zeynep Neda Belozoglu, and Meryem Leyla Belozoglu. The family of five lives together, and we can see their images on their Instagram handle of Belozoglu.

The Istanbul Basaksehir manager is a family person who loves spending time with his family during his spare time. So, in most of his free time, Belozoglu can be with his wife and kids.

You May See: Manuel Fernandes

Starting with his playing career, Belozoglu played for Zeytinburnuspor and Galatasaray in his youth career. Representing the senior team of Galatasaray, Belozoglu gave outstanding performances and helped them to win multiple titles, including four Super Lig titles and two Turkish Cups. 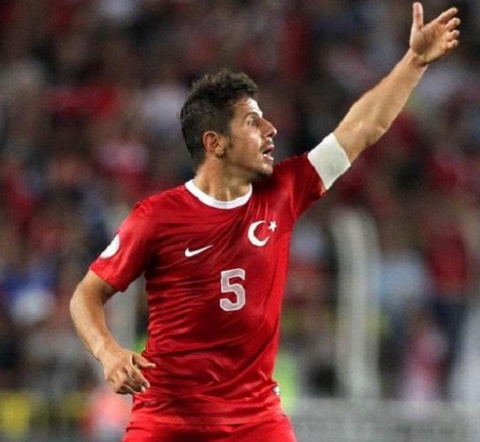 Emre Belozoglu in one of his national games SOURCE: Instagram @emrebelozoglu

Similarly, Belozoglu received an offer to play for Newcastle United, with whom he signed a deal on July 19, 2005. His debut for the team came on August 3 by playing against Deportivo La Coruna in the UEFA Intertoto Cup. Likewise, he played in Newcastle's first game of the Premier League season against Arsenal. From 2005 to 2008, he was at Newcastle and made 58 appearances, scoring five goals.

The former footballer joined Fenerbahce in 2008, with whom he played in 103 games and scored 12 goals. Later, he moved to Atletico Madrid. His debut for the respective team came on September 1, 2012, during a match versus Chelsea at the UEFA Super Cup. From 2013 to 2015, Belozoglu was with Fenerbahce, and from 2015 to 2019, he played for Istanbul Basaksehir. For his last season, Belozoglu again played for Fenerbahce.

In addition, Belozoglu made his international debut for the Turkish football team in 2000 by playing against Norway.

After retiring from a professional playing career, Belozoglu began working as director of football for Fenerbahce's first team. When Fenerbahce manager Erol Bulut left the team on March 25, 2021, Belozoglu was given an interim coaching position. 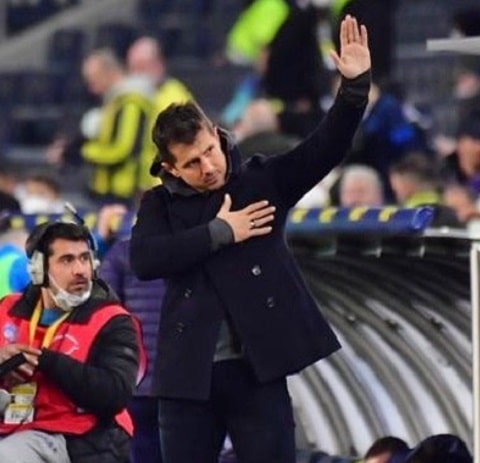 After that, Belozoglu started serving as a manager of Istanbul Basaksehir after signing a contract with them on October 4, 2021.

Insights On His Early Life

Emre Belozoglu was born on September 7, 1980 to his parents Mehmet Belozoglu and Fatma Belozoglu. Besides, Belozoglu is a native of Istanbul, Turkey. The former footballer was inspired by his father to get involved in this sport as his dad introduced him to football at the Zeytinburnuspor training ground.

Belozoglu's father was also engaged in the same sport, while his mother was not interested in it. It is reported that Fatma saw various problems in his football career with Mehmet, and she did not want her child to pursue a career in it. 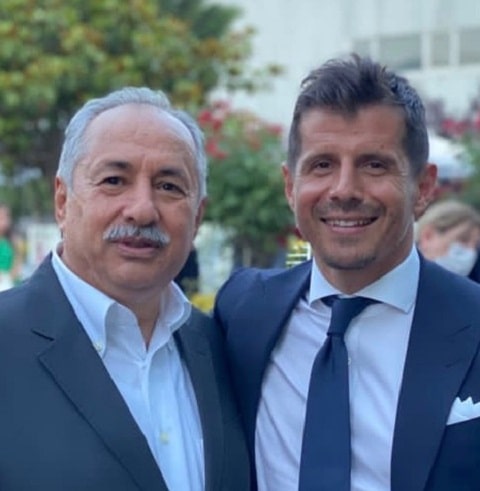 Emre Belozoglu is close to his father SOURCE: Instagram @emrebelozoglu

Despite that, Mehmet motivated his son to pursue a football career. From this, it becomes clear that Belozoglu has received enormous support from his father to achieve this success.