Emre Akbaba is a talented professional-level football player from Turkey famous for playing many Süper Lig games in 2020/2021. Besides, he is positioned as a midfielder for the club Galatasaray. Additionally, the player has a record of appearing in more than 25 Süper Lig games.

Emre Ali Akbaba, also famous as Emre Akbaba, is a Turkish football player who is one of the valuable players of the club Galatasaray. Similalry, he represents the jersey number 23 for his fellow club and has earned six caps. More to this, Emre also plays from other positions like Central and Left midfield.

Have A Look At His Annual Income And Salary

Emre Akbaba is a successful Turkish football player with a remarkable history of participating in sports activities and games. Many of his fans are captivated by his earnings and salary, so we are here to tell you that his current net worth is $ 1 million- $ 3 million. However, the exact net sum is still under review.

Emre is a well-experienced player who has played for more than five clubs, and he is also recognized for appearing in more than 25 Süper Lig games, so we can say that he has earned a valuable sum of money from his football career. Besides that, the primary source of Emre's income is his professional career. However, he might have a notable bank balance from other sources like endorsements and sponsorships. Apart from that, he allegedly earns € 18,221 weekly and € 947,514 yearly as of the last update in 2021/2022.

There are many questions about Emre Akbaba's marital life, and his fans are curious to explore his married life. Therefore, Emre is happily married to his wife, Yasemin Akbaba. Besides his successful football career, Emre is also a loving, caring husband and father.

The lovebirds got married on 2016 in the presence of their relatives and loved ones. Similarly, Emre and his wife, Yasemin, are a long-term couple who is also said to be in a romantic relationship before tying the wedding knot.

Emre and Yasemin are also the parents of two beautiful daughters, twins, and he loves spending quality time with them whenever he does not have a busy schedule. Further to this, the footballer is not so open about his married life and family life, so we have very few facts available about Emre's small but happy family. 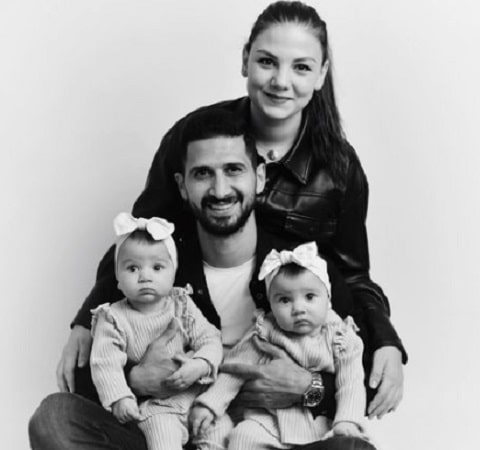 Emre Akbaba with his wife and daughters SOURCE: Instagram @emreakbb10.com

Yasmine is also an active user of Instagram, where she has gathered more than 30k followers but has private her account at the moment. Although Akbaba has shared photos of his wife and daughters on the platform, Emre is blessed to have such an adorable family. 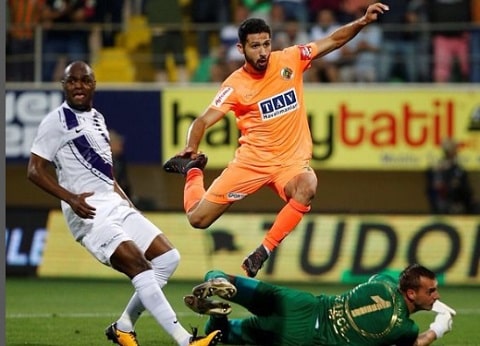 Starting with the 2019–20 season, he played two more seasons, including the 2020–21 season and the 2021–22 season, where the 2-year contract was inscribed between Akbaba and Galatasaray.

Additionally, on 2021, Emre was again temporarily transferred to Alanyaspor until the end of the 2021–22 season.

Emre made his first appearance for the national team in 2015 in a 2–2 (3–5) win against the Italy U21s. Emre is among the celebrated Turkish football player along with, Hakan Calhanoglu who is active in the vocation since professionally since 2011.

Emre was born on October 4, 1992, in Montfermeil, France, to his parents Selami Akbaba but his mother's name is still a mystery to us. Moreover, he was born to a French family of Turkish descent. While digging more into his family background, we have no clue if he is his parents' only child or has a brother or sister. Likewise, nothing more is available about his parents and family at the moment as he has never shared about them, including their facts about their profession. Hence, the details remain still under survey. Emre doesn't share about his family in the public domain as he keeps his feet safe from the rumors and controversies that might affect his career.

Additionally, he has prioritized his bloodline to not facing the cameras and media as they might not be friendly with the limelight and fame. So, to read complete disclosure about his family background, Emre's fans must have some more patience unless he feels comfortable sharing it with the public.

The Galatasaray teammate, Emre, has a great physical appearance as he is 5 feet 11 inches or 1.80m tall. Along with his successful career, people are also great fans of his towering height and his excellent presentation in the matches. 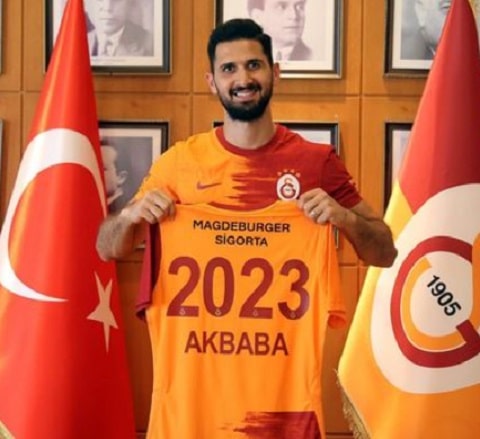 In addition to that, Emre continuously participates in training and sports activities. For a reason, he is very conscious about his health which is why he is perfectly fit and has a fantastic body.

The right-footed football player Emre is active on various social media sources, including Twitter and Instagram. Besides, Instagram is the player's primary preference when sharing daily updates and photos online.

On that note, we can follow him as @emreakbb10 on the platform, where 703k people follow him, and he continuously shares photos and videos online with his huge fans. Additionally, his Instagram handle has a blue tick which indicates his IG handle is verified.