Caner Erkin is a professional football player from Turkey who currently plays for Super Lig club Fatih Karagumruk. He also plays for the Turkey national team as a left-back. He joined his current team, Fatih Karagumruk, on September 7, 2021, and since then, he has been with them. Besides, Erkin wears jersey number 88.

The 5 feet 11 inches tall football player started playing football with Manisaspor, a Turkish professional football club based in the city of Manisa. Erkin is a talented footballer who has been a part of various national and international games. Erkin once surprised people when he made his debut for the national team. During that time, he was just 17 years old.

Caner Erkin is a professional footballer who makes a good amount of money from his profession. Currently, the actual amount of his salary remains unknown, but it can be said that Erkin may be getting a fair profit.

According to Transfermrkt, Erkin has a market value of €850Th, but it is not his highest value. The highest market value was €13.00m on January 26, 2015. When he played for Besiktas, he signed a €750,000 transfer fee. Before that, Erkin had also represented various teams, and with them, Erkin had impressive deals. When he left Manisaspor and joined CSKA Moscow, his transfer fee was reported to be £3.5 million. From this, it becomes clear that Erkin has earned a massive amount of money by playing for multiple clubs in the past. Besides, Erkin is also a national player, and he may have an average salary of $3.41 or $1.66 hourly, which is said to be the average football player's gross salary in Turkey.

Furthermore, Erkin's net worth is also in a million dollars, but the actual fortune remains under review as none of the media outlets have given the amount. Meanwhile, Erkin lives a lavish life, and we can see his fantastic lifestyle by following him on Instagram.

Everything On His Wife and Children

Talking about his personal life, Erkin currently leads a happy life with his wife, Sukran Ovali. The power couple dated each other for some time before tying the knot in the year 2017. They exchanged their wedding vows privately in the presence of their family and close ones.

Besides, Erkin and Ovali have also started their own family, and they are blessed with a daughter named Mihran Ela Erkin. The family of three lives happily, and the professional footballer often posts images with his wife and child on his Instagram handle, where we can follow him as @canererkin. 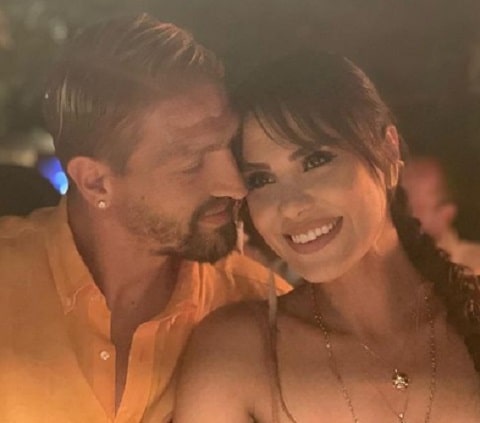 Caner Erkin is married to his wife SOURCE: Instagram @canererkin

Not to mention, Sukran Ovali is a talented actress from Turkey who has been working in the showbiz industry since 2007. Apart from that, Erkin also had another relationship in the past. In the past, Erkin was married to social media star Asena Atalay. The former pair walked down the wedding aisle in 2010.

And they led a happy life together for six years, and in 2016, their marriage came to an end. Atalay and Erkin also share a child named Cinar Erkin.

From 2004 to 2007, Erkin made 43 appearances and scored four goals for Manisaspor. In 2007, he was transferred to CSKA Moscow, with whom he made 36 appearances, scoring two goals. He has also participated in the UEFA Champions League and has also helped his team to win the Russian Super Cup.

For the 2009-10 season, Erkin was loaned to Galatasaray. For them, Erkin appeared in 29 games and scored four goals. After that, Erkin went on to play for Fenerbahce signing a deal in 2010. He extended his contract in 2014 and played until 2016. Likewise, Erkin received an offer from Internazionale, with whom he made a few appearances. 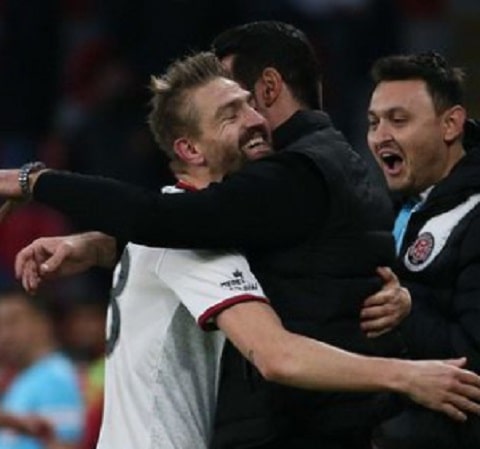 Furthermore, Erkin signed another deal with his homeland club Besiktas on August 30, 2016, as a loan. Playing for them, Erkin scored four goals, and he returned to Fenerbahce for the 2020-21 season. After making 34 appearances with Fenerbahce, he joined Fatih Karagumruk on September 7, 2021.

As said earlier, Erkin has also played for the national team and made his senior team debut in May 2006, aged15, playing against Ghana. And on June 5, 2012, Erkin scored his first goal versus Ukraine.

Caner Erkin was born on October 4, 1988 in Balikesir, Turkey. As of 2022, Erkin is 33 years old. So, he holds Turkish nationality, and his height is 5 feet 11 inches. Talking about his family background, Erkin was raised by his supportive parents, Gulsen Erkin and Celalettin Erkin. 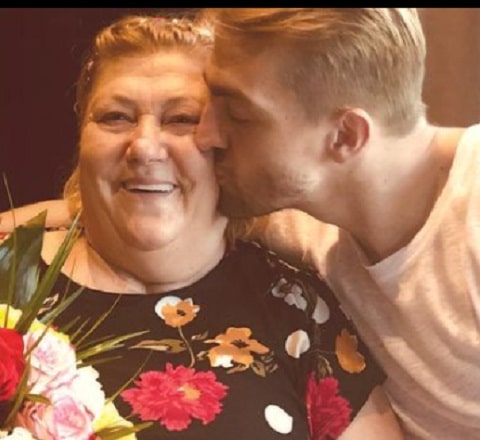 Furthermore, Erkin's family also has a brother named Taner Erkin. Taner is said to be a retired footballer who played as a defender. Not much is known about his other family background, as Erkin mainly prefers to keep them away from the limelight.

But it is sure that he has received massive support from his family, and he surely credits them for all the success.

In the same way, Erkin has been using Twitter since August 2014, and over 770.8k people have followed him there. Apart from Instagram and Twitter, we can find his presence on Facebook, where his page has accumulated more than 505k followers. 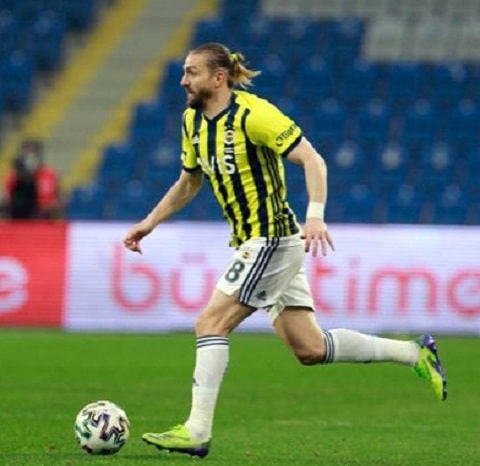 Caner Erkin plays as a left back SOURCE: Instagram @canererkin

So, from these social media handles, Erkin updates his fans with his daily lifestyle. In addition to that, his wife, Sukran, is also active on Instagram and her username is @sukranovali.