Hakan Calhanoglu is a Turkish professional football player who plays for Serie A club Inter Milan and the Turkey national team. Calhanoglu plays as an attacking midfielder and also captains the national team. The professional footballer started his career at German second division club Karlsruher SC in 2010. Besides, he has been playing for Inter Milan since joining the club on July 1, 2021.

Apart from that, Calhanoglu also played for the national team and made his senior debut in 2013. Calhanoglu was also part of the national team that played in UEFA Euro 2016 and Euro 2020. He has appeared in numerous games representing his team and has also won multiple titles like Serie A Player of the Month in December 2020 and 3. Liga Player of the Season: 2012-13.

Hakan Calhanoglu was born in Mannheim, Germany on February 8, 1994. As of 2022, he is 28 years. His parents Huseyin Calhanoglu and Naime Calhanoglu are from Bayburt, Turkey. Furthermore, Calhanoglu comes from an athletic family as he has a brother named Muhammed, who is also a professional footballer whose main position is a midfielder.

His brother has also participated in the lower divisions of Austrian and Turkish football. In addition to that, Calhanoglu also has a cousin named Kerim Calhanoglu, who plays for Bundesliga club Schalke 04. Besides, Calhanoglu holds dual nationality of Turkish and German.

Calhanoglu's football career started with Karlsruher SC in the 2. Bundesliga in February 2012. After spending some time at Karlsruher, he signed a four-year deal with Hamburger SV in 2012. So, for the 2013-14 season, he made 32 appearances for Hamburger SV and scored 11 goals. And Calhanoglu left the team on July 4, 2014, signing a deal with Bayer Leverkusen. On June 19 of the same year, he made his debut for the club after playing in a match against Copenhagen during the UEFA Champions League qualification play-off. And on September, he scored his first league goal during a game against Werder Bremen. In October of the same year, he was nominated for the 2014 Golden Boy Award.

From 2014 to 2017, he played for Bayer Leverkusen, making 79 appearances and scoring 17 goals. After that, Calhanoglu went on to play for Serie A club A.C. Milan with whom Calhanoglu signed a contract on July 3, 2017, for four years. Just after one month, Calhanoglu made his Rossoneri competitive debut playing against Universitatea Craiova at the San Siro. And he scored his first goal for Milan on September 14.

Finally, on June 22, 2021, Calhanoglu signed a three-year contract with Serie A club Inter Milan. Since then, he has been playing for Inter Milan, and for the team, his debut came when he played against Genoa on the opening day of the 2021-22 Serie A season. Talking about his international career, Calhanoglu plays for the Turkish national team as he is able to play from his parent's side. In his early days, he represented the team in multiple games and events. On September 6, 2013, Calhanoglu made his senior international debut in a World Cup qualifier in Kayseri versus Andorra. Playing for the national team, Calhanoglu has participated in multiple competitions like UEFA Euro 2016 qualification, 2018 FIFA World Cup qualification, 2018-19 UEFA Nations League B, and 2022-23 UEFA Nations League C.

How Much Is Hakan Calhanoglu Net Worth?

Hakan Calhanoglu is a professional footballer and currently plays for Inter Milan. So, Sports Brief claims that Calhanoglu makes $177,000 per week and $9.21 million per year by playing for the team. The same report has said that his net worth is around $39.3 million. So, Calhangolu lives a luxurious life with a high income.

In the past, Calhanoglu has represented various teams, and with them, he signed a massive deal worth over a million dollars. So, while being a part of numerous games, he has surely received a good cash prize as his performances have helped his squad to win most of the matches. 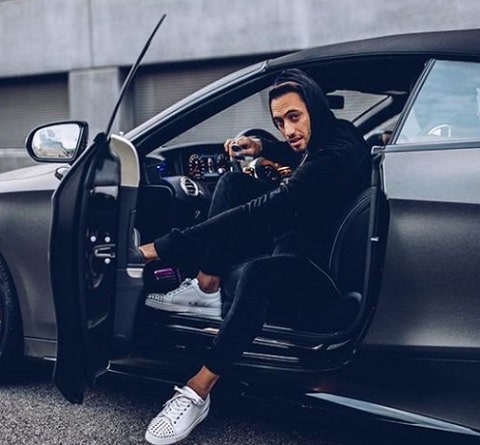 Apart from that, Calhanoglu makes money from working with sports brands. So, brand endorsement is another source of income. Earning from multiple fields, Calhanoglu enjoys an amazing lifestyle, and he also spends money on various things like houses and cars. It is reported that he owns a monster truck Mercedes G-Wagon, a Lamborghini Aventador S, a Bentley and a Harley-Davidson bike.

Marriage: Who Is His Wife?

Calhanoglu is a married man. He has been cherishing a blissful life with his wife, Sinem Gundogdu, for many years. It is reported that Calhanoglu and Gundogdu are childhood sweethearts. So, it can be said that the pair fell in love with each other when they were young.

After dating each other for a long time, they tied the knot in 2017. The wedding ceremony was held privately in the presence of their relatives and close ones in Mannheim. After some time, the pair had some problems in their married life. It was also said that the professional footballer decided to file for divorce. 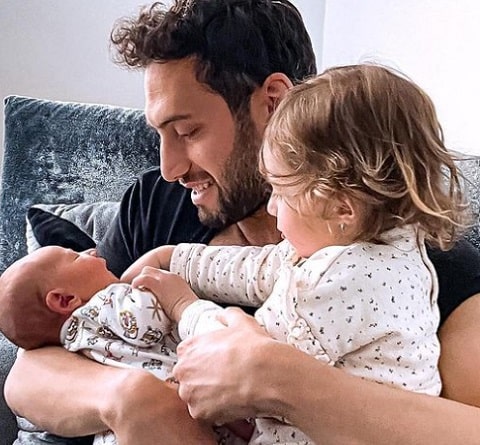 But love won, and in 2018, they reunited. So, they are still together and are living happily. In March 2019, Calhanoglu and Gundogdu became parents for the first time after welcoming their daughter Liya. So, they live happily, and Calhanoglu often features his wife and child on his social media account. Also, his recent Ig posts show that he and his wife gave birth to another child.

Calhanoglu is an active social media user whose presence can mostly be found on Instagram. The well-known footballer is registered as @hakancalhanoglu. As we know, he is famous on the platform, and over 2.8 million people have followed him on Instagram.

According to his ig bio, his management is Unique Sports Group. From his account, Calhanoglu makes posts about his personal and professional life.