Emiliano Grillo is a rising Argentine Professional golf player. He has been playing at the professional level since 2011. Emiliano currently plays in the PGA Tour and European Tour. Grillo has already won three major events in his professional career, including one PGA Tour, One Korn Ferry Tour, etc.

Emiliano Grillo was born on September 14, 1992, in Resistencia, Argentina. Grillo rose to fame only after his successful career in golf, so much information about his early life under the radar. He started playing golf from a very early age and was a quarter-finalist at the 2008 U.S. Junior Amateur. Emiliano stands five feet and nine inches tall and weighs 64 kgs.

Emiliano Grillo has an estimated net worth of more than $10 Million. He has been making millions of dollars from his successful carer in golf. Grillo has already earned more than $1.5 Million from just nineteen events in the ongoing season of 2021 in the PGA Tour. He finished second in an event and three times in the top ten. 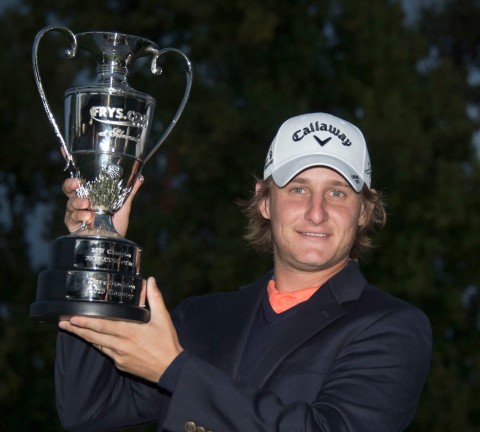 In the 2016/17 season, The Argentine golf payer earned $1.5 Million. The following season, he took home $2.4 Million. In the 2018/19 season, He made $1.7 Million. from twenty-three events. Totaling his earnings from PGA Tour, It sums to $11,911,015. Grillo has been playing in the European Tour for more than five years. He has earned more than $4 Million from his European Tour events.

Emiliano Grillo is involved in a romantic relationship with his girlfriend. Alexia Garcia Morris. The love birds have been dating each other for more than a year. The player keeps sharing photos with his girlfriend but has not shared a word about her with the public. Emiliano is famous for his failed marriage life. 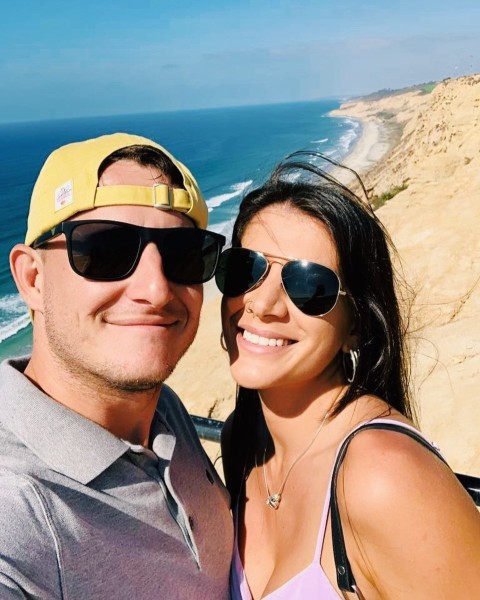 Grillo married his longtime girlfriend, Maria Macarena Pelaez Alcala, in late 2015. The love birds have been married for more than five years. They had a private wedding ceremony where they invited only a few family members and some close friends. In May 2019, Emiliano filed for divorce. There has been a lot of heated debates over Sponsorship Money.

Emiliano won the 2009 Byron Nelson International Junior Golf Award. He turned professional in 2011 and made his debut in the European Tour. Grillo also played in an event on the PGA Tour. The player finished 94th in the 2012 European Tour Order of Merit and 89th in 2013. He returned to PGA Tour in the 2014/15 season and won his first PGA TItle in 2015 at Frys.com Open.

In 2014, Emiliano had won Visa Open de Argentina. In 2016, He reached his Highest ranking in golf, reaching 23. He was named the PGA Rookie of the year 2016. Grillo is yet to leave his mark in any major events. In the ongoing RBC Heritage event, Grillo is at T2 position whereas, Stewart Cink is in the top and Harold Varner II in second.