Harold Varner III is a famous American professional golf player. Harold has been playing professional golf since 2012 and was part of the 2010 U.S. Amateur at Chambers Bay in University Place, Washington. He has won two events to date, including one European Tour and one PGA Tour of Australasia. On 6th Feburary 2022, he reached his highest No. 45.

Harold Varner III was born on August 15, 1990, in Akron, Ohio. He seems to be the only child born to Harold Varner Jr. and his wife, Patricia Carter. His father was also an avid golf player but turned into a car salesman. It was his father who introduced Harold to golf. His father bought him the first pair of  Fisher-Price clubs. His family moved to North Caroline when Harold was six years old. After graduating from Forestview High School, Verner enrolled at East Caroline University.

Harold Varner III has an estimated net worth of more than $5 Million. A golf player has multiple income sources like prize money, endorsement deals, sponsorships, and contract. Varner is very much early in his career. He is among the only two African-American players to play professional golf in the United States, the first being Tiger Woods. 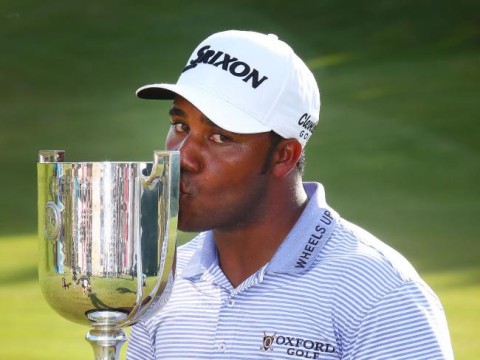 Harold has summoned $6,391,125 to date since he turned professional in 2012. All this sum is just his prize money from PGA Tours. He has played in several events globally and must have made millions. As a rookie player, Harold earned $13,000. In the following season, he took home $1.3 Million, where he played 28 events and made the cut in 18. Last season, Varner earned $1 Million from 22 events.

Harold Varner's Married Life; Who is his Wife?

Harold tied his wedding knot with his longtime girlfriend, Amanda Varnerxo. The love birds walked down their wedding aisle on September 26, 2020 despite the fact that COVID-19 threw a wrench into their best laid plans. They had been dating each other for more than seven years before their marriage. 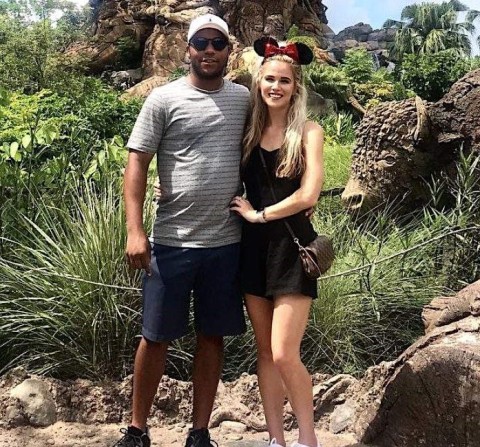 Both Harold and his wife are active social media users. They keep posting photos and videos of each other in their timelines regularly. Amanda can be seen attending Harold's games regularly. He is currently living in Jacksonville Beach Florida along with his wife and his parents.

Harold started playing golf from the age of two. He became the first player in his schools history to  be named Conference USA player of the year. The golf player also played in the 2010 U.S Amateur. Varner turned professional soon after graduating from the University. He made his debut in eGolf Tour and played in Florida Tour before playing for Web.com Tour.

Akron Native, Varner played his Web.com Tour in 2014 and made 13 cuts in 21 tournaments with two top-10 finishes. At the end of the season, He finished 30th on the money list in his first full season as he played in two PGA Tours. In 2016, Harold won his first professional victory at the Australian PGA Championship.