Stewart Cink was born on May 21, 1973, in Huntsville, Alabama. He is yet to share a single word about his parents and early life information with the media. He graduated from Bradshaw High School in 1991 and enrolled at Georga Tech. After finishing his undergraduate in 1995 in Management, He turned professional and has been with it ever since.

Stewart has been earning millions since turning into a professional golf player. He is ranked among the best golf player ever to play the game. Stewart has an estimated net worth of more than $35 Million.

Cink ranks at number 21 among Golf's highest earners with an estimated earning of close to $40 Million from golf. Tiger Woods tops the table with more than $120 Million. 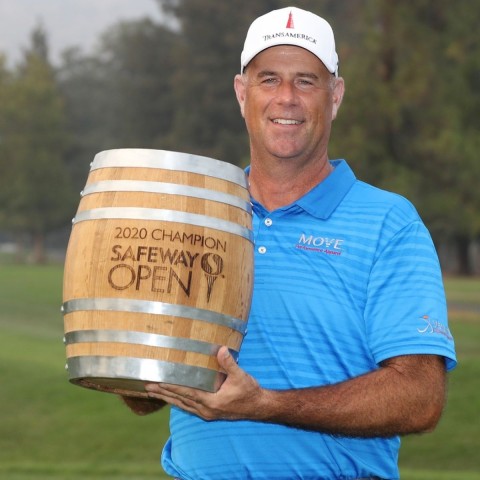 Like other golf players, Cink did not have a sound start to his career. He did struggle in his early days. In 1999, Stewart rose to fame and earned his first million earnings of his carer. In 2008, When Cink was ranked at 5 number by World Golf Federation, he earned close to $4 Million in the year, making him one of the highest earners in the year. In 2020, Due to COVID, The number of Tours was reduced, but he earned almost $1.5 Million, winning several tournaments.

Father of Two Children; who is his Wife?

Cink is a happy married man living a happy life. Stewart is married to his longtime girlfriend, Lisa Cink. The love birds have been married for more than two decades. They had a private wedding ceremony in the late 1990s. 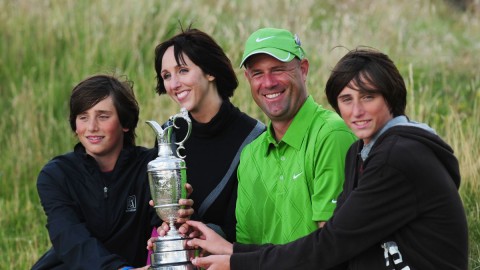 Stewart Cink with his wife and children SOURCE: Golf Digest

Soon after the wedding, The love birds welcomed two sons, Reagan Cink and Connor Cink. Both of his sons are currently in University. He likes to spend a lot of his free time with his family and support their decisions. He is an active infamous social media platform and keeps sharing posts about his holidays and tours.

In 1995, Stewart turned professional and got fame after winning three events in 1996. He went on to win several tournaments and rise to world ranking. The golf player is ranked in the top position on the money list. Cink reached number 6 of the world golf ranking after winning the Travelers Championship in 2008. In 2009, Stewart won Open Championship defeating Tom Watson by six strokes in a four-hole playoff.