Hurtado has the record of being the second all-time goal scores for Ecuador national team with 26 goals in 74 matches. Let's take a look at his wiki to find information regarding his career, net worth, personal life, family and more.

Eduardo Estíguar Hurtado Roa or famously known as Eduardo Hurtado was born on  December 2, 1969, in Esmeraldas, Ecuador. He is of Ecuadorian nationality and he is of black ethnicity.

Hurtado was interested in playing football since his early childhood days and played for several Ecuadorian professional football clubs. Eduardo started his junior playing career with  Centro Juvenil from 1986 to 1991,

After playing for the junior team of Centro Juvenil, Hurtado went to play for several different football clubs in numerous countries across the world. He was one of the early stars of Major League Soccer. 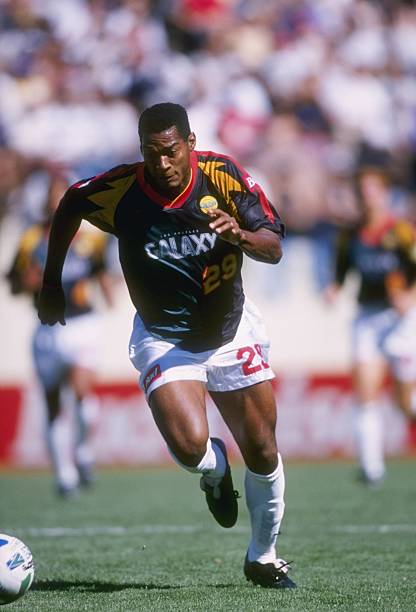 The player has also played for the famous American Major League Soccer team, Los Angeles Galaxy and retired from all form of football at the age of 40 when he played his final season his football club career with the Ecuadorian football club,  Club Sports Patria that plays in the second division of the Columbian football club.

Eduardo Hurtado made his senior international debut for Ecuador in 1992 and was an integral part of Ecuador that went to win the Korea Cup in 1995 and Canada Cup in 1999.

The football player retired from international football for Ecuador in 2002 and made 74 appearances and scored 26 goals for the senior team of Ecuador.

Talking about his personal life, Hurtado is a happily married man. There is not much information regarding his wife. He is also blessed with a son, Jean.   Hurtado is currently living at the Guayaquil, Ecuador. and runs a soccer school and is working with the Mayor to build soccer schools in the area. 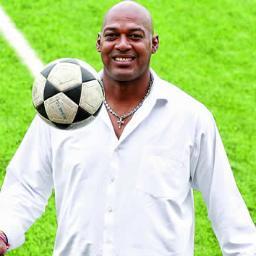 Hurtado's career has not been scarred with controversy, scandals, and affairs as well as other unwanted mishaps as he was a professional player who was mostly focused on his building his career rather be involved in controversy.

Eduardo Hurtado Salary and Net Worth

His exact salary, as well as his net worth, has not been officially disclosed as it is still under review. It is estimated that he has earned a good deal of money throughout his professional career as a successful football player in clubs as well as for his national football team of Ecuador.

Currently, 48, the Ecuadorian striker, Eduardo Hurtado stands at a towering height of 6 feet 3 inches tall and weighs around 90 kg. In addition, he maintains a low social profile in the media and the public as he has no official sites such as Facebook, Twitter, and Instagram.