Dustin Kerns is a head basketball coach at Appalachian State University notable for his acuity in recruiting and player development. Kerns is noted for being nominated as the finalist for the Jim Phelan National Coach of the Year and the Hugh Durham Mid-Major National Coach of the year for the season 2017-2018. He has also established himself as one of college basketball's top assistant coaches and recruiters, thus positioning him no.4 Low-Major Recruiter from Coach Star.net and the no.20 Mid-Major Assistant Coach.

While the exact figure behind Dustin Kerns' net worth remains a mystery, he does enjoy a lucrative deal for wheeling the Appalachian State. This was shown by watchstadium when it confirmed that Kerns had agreed to a five-year deal with the school, on June 18, 2019. 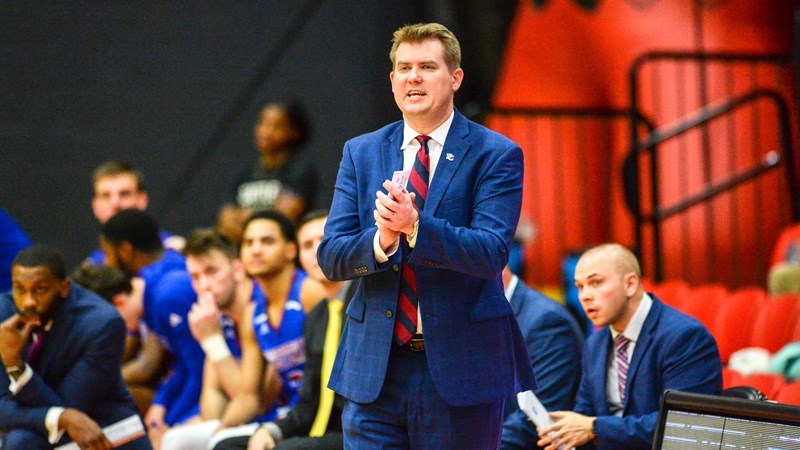 The site further revealed that the contract term is set to end on March 31, 2024. Additionally, it was detailed that the coach will be taking home an annual salary of $300,000 plus a courtesy car upfront or a car allowance worth $500 per month. Kerns would also have the advantage to earn incentives based on performance such as:

Should Appalachian State decides to let go Kerns without a cause prior to the end of the contract term, or if the coach, himself, chooses to leave the school before the contract ends, the party will owe the other the following compensations:

Dustin is one of the lowest paid NCAA coaches while Jay Wright, Rick Barnes, are two of the highest-paid coaches in the Division.

Who Is Dustin Kerns Married To? Know About His Personal Life

Dustin Kerns is married to Brittany Wright, as confirmed by his Twitter and Larry Shyatt, a head basketball coach from the University of Wyoming. As an undergrad, the future husband of Wright had worked as a student assistant for Tigers men's basketball team under then-head manager, Larry Shyatt. 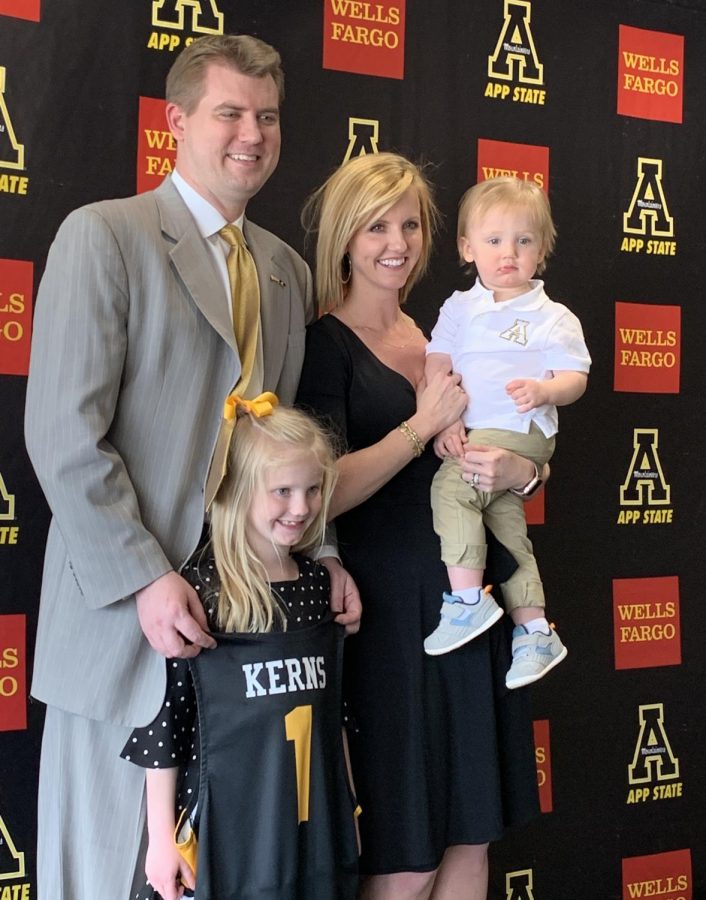 While admiring Kerns, Shyatt said Wright used to be the student secretary for Clemson's. With Wright, Kerns welcomed his first-child, Emory Suilianne, on October 19, 2011. The coach is also a dad to a boy named Riggs. The family currently resides in Boone, North Carolina.

Dustin Kerns Career As A Coach

It was at Clemson where Kerns first served for a basketball team. At the time, he started as a student assistant and after graduation, he got his first coaching gig at Tennessee Tech under head mentor Mike Sutton. Kerns next went on to serve in Tennessee for one year before joining Mike Young's staff at Wofford in 2004.

Before this, he spent a season as a graduate assistant under then-head coach Buzz Peterson. He also served as the director of the camp and coaching clinic during his time in Knoxville, while aiding the team's scouting and academics. 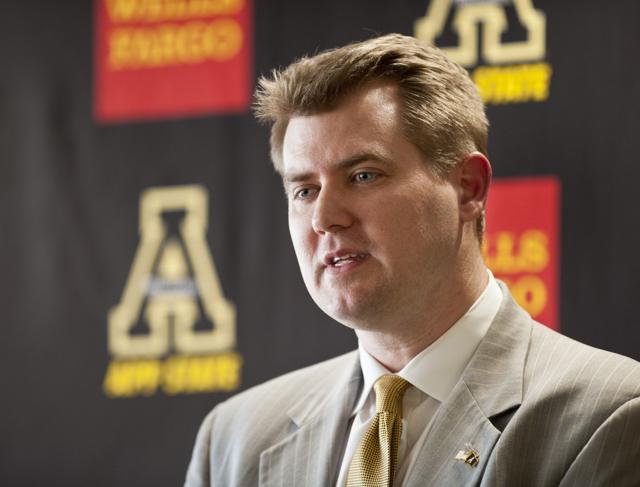 Kerns then assisted Santa Clara from 2008 to 2013, during which the Broncos claim the third-most wins in the West Coast Conference. The assistant mentor contributed to Santa Clara's 26 wins in 2012-2013 ultimately giving the team their College Basketball Insider(CBI) title. This came along with a 24-win season and a CIT title in 2010-2011. Kerns reunited himself with Wofford in 2013 where he would work as the Associate Head Coach.

A year later, Kerns became one of the staff for the Terriers' 2014 NCAA Tournament followed by an appearance in the 2015 NCAA Tournament. Two years later, the Tennesseean earned himself the head coach position at Presbyterian on May 23, 2017. Kerns then managed a Presbyterian program that had yet to achieve a winning record in 12 seasons at the Division I level. He was then fresh off from a five-win campaign in 2016-17.

Not long after, the Kingsport native led the Blue Hose to a five-win improvement in his first year after which the team made it through the 2018-2019 season. The young coach also took the Blue House to their first winning record (20-16). Kerns then led the team to its first postseason appearance (CIT) as a Division I program. This feat he achieved in just his second year on the job. Kerns additionally helmed the team to the last eight of the CIT after netting the wins at Seattle and Robert Morris.

Kerns recently enjoyed a historic moment as the Appalachian basketball team made it to the NCCA tournament for the first time in 21 years on March 18, 2021.