Duje Caleta-Car is an international soccer player who plays as a center-back for Croatia's national football team and Southampton's English Premier League team. Before heading to Southampton, he starred at HNK Sibenik and Pasching.

Duje Caleta-Car was born on September 17, 1996, in Sibenik, Croatia. Regarding his nationality, Caleta-Car is Croatian and belongs to the Caucasian ethnicity.

Duje Caleta-Car started his footballing career by joining the youth team of HNK Sibenik in 2005, where he remained for six-year and was promoted to the first team in 2012. Before ending his career on the team, he played 17 games. 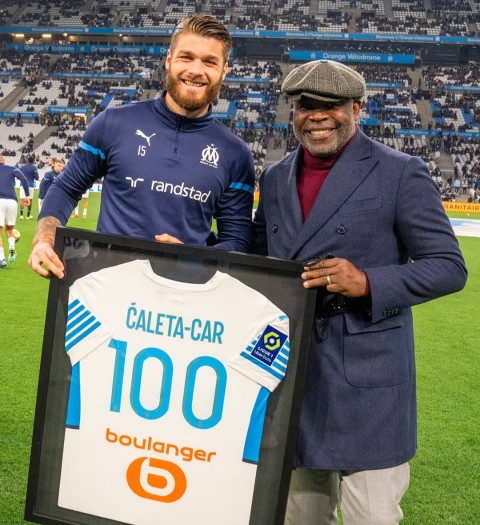 Caleta-Carg on July 5, 2013, where he scored three goals in 15 appearances in one season. He was transferred to Red Bull Salzburg in 2014. He played in a 1-2 loss to Olympique de Marseille in the Europa League semi-finals.

Duje Caleta-Car had a loan spell at Liefering for a 2014-015 season, where he played 20 games before ending his loan spell. The player spent his next four seasons with the club and then moved to Marseille. In 2022, He eventually moved to England and joined Southampton.

Car was invited to the senior national team for the 2016 Euro Qualifying match against Bulgaria and Malta as ato replaced Jozo Simunovic.

He was listed in Croatia’s preliminary 23-man squad for the 2018 World Cup in Russia as of May 2018, along with Luka Modric, Ante Rebic, and Marko Pjaca. He was named one of the youngest players in Croatia’s World Cup squad.

Car is 1.92m i.e., 6 feet 4 inches tall, and weighs around 88kg. Caleta-Car is in a relationship with his girlfriend, Adriana Durdevic.

Duje is a married man living happily with his wife and children. The football player exchanged his wedding vows in May 2021 with his longtime girlfriend, Adriana Durdevic, at a private wedding ceremony in Dubrovnik. 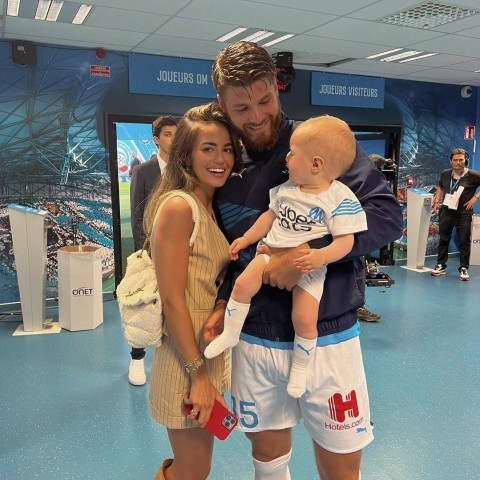 Duje shares a photo with his wife and son  SOURCE: [email protected]

The duo welcomed their first child, Mauro, in August 2021.

Duje Caleta-Car has an estimated net worth of more than $5 Million. His current market price is estimated to be around €10 million. His release clause was reported to be about €4.8 million. He earns an annual salary of £2,444,000 with a weekly wage of £47,000.