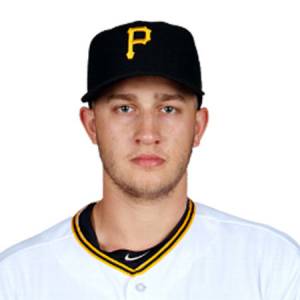 Neverauskas reportedly earns around $535 thousand as his yearly salary from Pittsburgh Pirates. Further, Dovydas Neverauskas has an estimated net worth of around $1 million.

Dovydas Neverauskas was born on January 14, 1993, in Vilnius, Lithuania. His father Virmidas, also a former athlete, is a major advocate for Lithuanian baseball and has also coached the youth teams in Lithuania. His mother also played professional basketball in the Soviet Republic.

As per his nationality, he is Lithuanian and belongs to the White ethnic group. Further, his star sign is Capricorn.

Further, He is the first player to be born and raised in Lithuania in the history of MLB. Neverauskas' father, who coaches youth baseball and national teams and promotes Lithuania's sport, encouraged him to play baseball, although he is not well known in the country.

Dovydas Neverauskas Net Worth and Salary

As of 2019, Dovydas Neverauskas has an estimated net worth of over $1,000,000. Further, the MLB player has an average salary of $535 thousand annually while Francisco Cervelli is the highest earner of the team with an annual salary of $10,333,333.

Dovydas Neverauskas so far has made earnings of $350,168 from his entire MLB career whereas Clayton Kershaw is among the highest earner of MLB with the career earnings of $173,034,000.

Additionally, he seems to be focused on establishing himself as one of the prominent pitchers similar to Mike Krukow and believes being in a relationship can halt the process.

Talking about his body measurement, the Famous MLB star is 6 feet 2 inches in height and weighs around 79 kg.

Neverauskas signed as a free agent in 2009 with the Pirates. In 2015, he was turned into a relief pitcher. Neverauskas made his Major League Baseball debut against the Chicago Cubs for the Pittsburgh Pirates on April 24, 2017.

He pitched two innings, gave one run, and had one strikeout. Neverauskas picked up his first win in the Major League on August 6, 2017, when the San Diego Padres were defeated in 11 innings.

He finished the season with Pirates, pitching in 25 1⁄3 innings with a 3.91 ERA. He pitched most of the season on the AAA level the following season, registering an ERA of 8 for the Pirates in 25 games.

Currently, he is playing under the guidance of head coach Clint Hurdle along with his star team-mates such as Corey Dickerson, Chris Archer and many more.