Francisco Cervelli was born to parents Manuel Cervelli and Damelis Cervelli in Valencia, Venezuela, on March 6, 1986. He is a national of Venezuelans and belongs to mixed ethnic background. His star sign is Pisces.

He spent his childhood with his sister. Francisco's father is a migrant from Italy and his mother is a Venezuelan. Details regarding his educational qualifications are not disclosed yet.

Francisco Cervelli Salary and Net Worth

As of 2019, Francisco Cervelli has an estimated net worth of over $20 million which is same as that of Chuck Finley. He reportedly signed a three-year contract worth $31,000,000 with Pittsburgh Pirates.

Moreover, the highest-paid MLB player is Clayton Kershaw who earns $34 million as annual salary and his contract is worth $215,000,000.

Moreover, he paid a fine of $140,806 for violating MLB drug prevention and treatment program in 2013.

Francisco is currently in a romantic relationship/affair with his girlfriend Migbelis Castellano. The couple has been dating each other for a long time.

Francisco's girlfriend Migbelis is a Miss Venezuela 2013 and she is a gorgeous lady with a perfect figure. Moreover, she has thousands of followers on her official Instagram account. 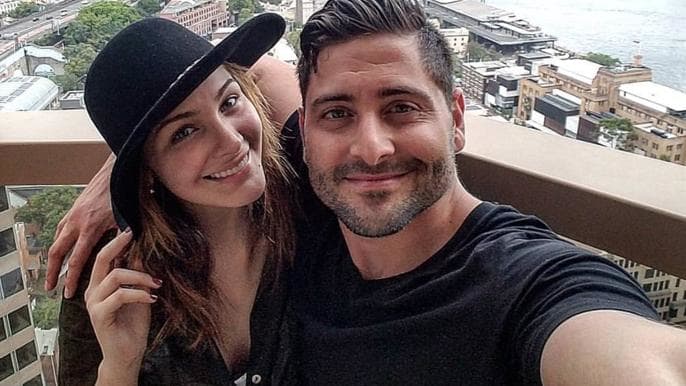 Before getting into a relationship with Migbelis, Francisco had an affair with Patricia De Leon who is a well-known actress and a TV personality. In addition, she is also Miss Panama 1995 and a famous person in Central America.

So far there is no news regarding the marriage of Francisco with his girlfriend Migbelis.

In addition to being a famous MLB catcher, Francisco Cervelli is well known in social media. The famous MLB star is 6 feet 1 inch tall in height and is not only a world-class athlete but also a very attractive person.

Francisco started his MLB career with the New York Yankees in 2008. During the 2011 season, he was the backup for Russel Martin and later got injured in March of 2011 season.

Later, he was traded to the Pittsburgh on November 2014 in exchange for Justin Wilson and since then he is playing with the Pirates.