Keone Kela is an American professional baseball player who plays in the Major Baseball League (MLB).As of 2019, Keone Cole Kela currently plays for the Pittsburgh Pirates as their Relief Pitcher. Keone Cole Kela has played for other teams like Texas Rangers.

Keone Cole Kela was born to parents John Kela and Shannon Kela in Los Angeles, California, USA, on April 16, 1993. He is American according to his nationality and belongs to the ethnic white group. In addition, Aries is his star sign.

Keone joined Carson Senior High School in Carson, California and later graduated from Chief Sealth High School. After that, he played baseball for the Everett Community College as their center fielder.

Keone Kela Salary and Net Worth

As of 2019, Keone Cole Kela has an estimated net worth of over $5 million which is same as that of Odubel Herrera. He reportedly signed a 1 year / $3,175,000 contract with Pittsburgh Pirates.

Estimated career earnings from his playing career until now are listed below:

The detailed information regarding the relationship/affair and probable wife/spouse/girlfriend is not disclosed on media.

The 26 years old MLB player keeps his personal life low-profile and stays away from rumors and controversies and is a career-focused man. So far there is no news about his love life.

In addition to being a famous MLB relief pitcher, Keone Cole Kela is well known in social media. The famous MLB star is 6 feet 1 inch tall in height and is not only a world-class athlete but also an attractive person.

Kela began his MLB career with theTexas Rangers after being selected in the 2012 MLB draft as their pitcher. He played for over five years with the Rangers and during his time with Texas he underwent stem-cell therapy for his shoulder treatment. 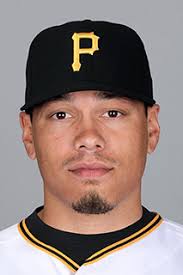 Later he was traded to the Pittsburgh Pirates on July 31, 2018, in exchange for Taylor Hearn and Sherten Apostel.