Dorin Rotariu is a professional football player from Romania who currently plays in the Greece top league, Super League Greece. He plays in the winger or forward position for Atromitos where he joined on loan in 2022. His parent club is Ludogorets Razgrad, a Bulgarian First League team. He wears the Number 95 Jersey for his team.

He won the Kazakhstan Premier League with the Club Astana in 2019. He also became the champion of the Kazakhstan Super Cup in 2019 and 2020. While his time at the Dinamo Bucuresti, he also became the runner-up of the Cupa Romaniee in the 2015-16 season. Individually, he was named the DigiSport Liga I Player of the Month in August of 2016.

Dorin Rotariu, famously known as Rotariu was born on July 29, 1995, in Timisoara, Romania. According to astrology, his birth sign is Leo.

Fyodor's father's name is Ilie Rotariu while his mother's name is not revealed at the moment. His dad was also a professional footballer who even played in the Romanian top league. 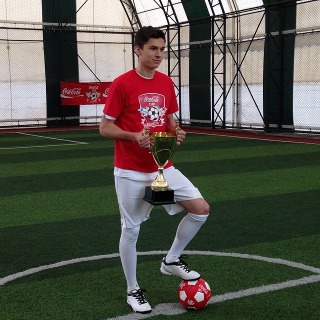 He is also the nephew of the footballer named Iosif who used to play for the Romanian team between 1988 and 1997. He played in the midfielder position for different teams including Bihor Oradea, ASU Politehnica, and many others.

What is the height and weight of Rotariu?

His weight is around 72 kg and has short black hair.

Dorin's Net Worth and Earnings

As per sources, the net worth of the Atromitos winger, Dorin Rotariu is estimated to be $200,000 approximately. His net worth includes all his properties, cars, houses, and assets. 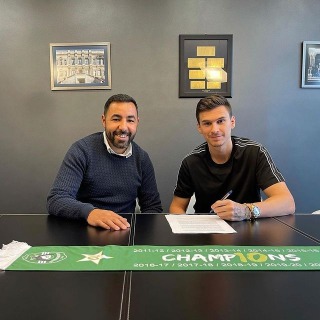 His major source of income is from his profession as a football player. Till now, he has not been able to land any sponsorship deals from noticeable partners. His exact salary is not revealed till now, but he must be earning around 100 thousand pounds per year.

As per transfermarkt, his market value in 2022 is 700 thousand pounds.

Who is Dorin dating?

Dorin is not a single person and is currently in a romantic relationship with his partner whose name is not revealed. But he has shared a couple of photos of his partner.

The pair began dating before 2017, but, revealed their relationship for the first time in January of 2014. At that time, he was having fun with his cute girl. 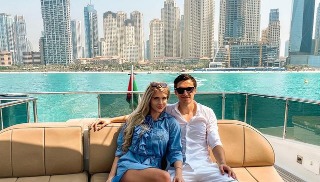 Since then, they have been dating. He is sometimes seen with his love in different events.

As of now, they are neither married nor engaged.

Rotariu is an active social media user who has made his presence on Instagram.

His Insta Id is @rotariudorin and has more than 17 thousand followers.