Sergiu Hanca is a professional football player from Romania who currently plays in the Polish top league, Ekstraklasa. He plays in the midfielder position for Cracovia. He joined the club in 2019. He wears the Number 4 Jersey for his team.

Sergiu is a 1-time winner of the Polish Cupp and the Polish Super Cup which he won in 2019-20 and 2020 respectively. Individually, he was named the DigiSport Liga I Player of the Month in April and August 2017. Also, he was named in the Liga I Team of The Season in 2016-17.

Sergiu Catalan Hanca, famously known as Sergiu Hanca was born on April 4, 1992, under the birth sign Aries. His birthplace is Targu Mures, Romania, so he is Romanian by nationality.

Sergiu was born to his father and mother whose names are not revealed. But his parents are Romanian by nationality.

What are the age, height, and weight of Hanca?

Hanca's Net Worth and Salary

Sergiu Catalan Hanca has been playing football for a long time and he has earned a big amount of money from his profession of playing. As per the sources, the net worth of the Romanian footballer is estimated to be $1 million approximately. 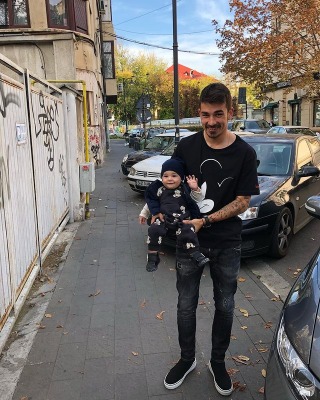 Sergiu Hanca in front of a car SOURCE: [email protected]

His net worth includes his properties, cars, houses, and assets. Most of the earnings come from his profession of playing football in different leagues.

Transfermarkt shows that his market value is 1.2 million pounds in February of 2022.

He lives a moderate lifestyle with his partner in Poland.

Besides salary, Hanca also earns a massive amount of salary from his sponsorship deals. He has partnerships with famous brands like Nike and Gold Nutrition Romania.

He sometimes posts and promotes them on his Insta.

Sergiu is also the owner of a black car whose model is BMW X4.

As per his Insta, the car was given by his sponsor BMW. He can be seen with his car in the streets.

Read: The Net worth of Saula Waqa

Who is he married to?

The Cracovia's midfielder is currently married to his wife, Andreea Hanca. The couple has been married for more than 5 years as of 2022. 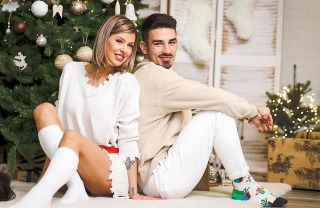 Sergiu started dating his partner in 2014 but kept it secret for a while. Finally, in October of 2014, he posted a photo with a girl. Even then, he did not post a full image of his then-girlfriend. But later, he revealed the face of his love and publicly revealed that he was dating Andreea.

After dating fr some time, the footballer and his partner get married in 2017 in their hometown The wedding ceremony took place in the local religious place in Romania. Finally, they were legally husband and wife.

Who is Sergiu's Wife, Andreea?

Andreea Hanca is mostly famous for becoming the partner and sweet wife of her husband Sergiu Hanca. She is Beauty Salon Manager by profession. Besides, she also likes to introduce herself as the Style and Mindset Coach as per her Instagram. 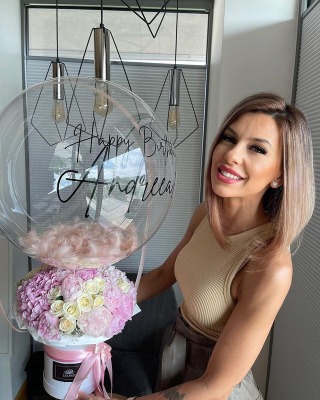 Sergiu's wife Andreea celebrates her birthday o July 17th of every year. And her husband never forgets to wish her. He always posts a special message dedicated to his wifey showing love and respect. In 2017, he posted a message where he said,

"Today is about you. You taught me what love and respect mean. Next to you live the most beautiful moments of life. Happy Birthday the love of my life, perfect wife! I wish you good health and happiness!"

Like her husband, Andreea is also quite famous on Instagram. Her Instagram Id is @andreeahanca.new where she has more than 15 thousand followers. Her most posts are about her family time and time with friends.

Sergiu and his wife Andreea are the proud parents of 2 children, a boy, and a girl. In December of 2017, he announced that he was going to have a baby. The couple was seen excited to welcome their new baby. He posted a photo where he was seen with baby shoes while his love was wearing a shirt in which "It's a Boy" was written.

And as expected, they were blessed with a child on March 4, 2018. Though he has not talked about his son's name he likes to call him "My Boy". 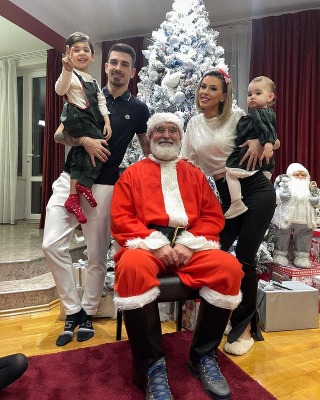 Sergiu Hanca with his wife and children SOURCE: [email protected]

And on July of 2020, he again revealed that he was going to be the father of his second child. On August 2, 2020, his wife gave birth to another child, a girl. He could not hold the happiness of being a father of a daughter and proudly said,

"Of all the titles I've been privileged to have, 'Dad' is the best #mybabygirl"

He frequently posts about his children on his social media.

Read: Who is Alessio Cragno Married? Know About His Wife and Children

Hanca is an active social media user who has made his presence on Instagram. His Insta Id is @sergiuhanca and has more than 19,000 followers.

He frequently posts about his time with family, friends, and also games and training. And he gives his professional update through his Instagram.