Donovan Mitchell is an American professional basketball player who plays in the National Basketball Association (NBA). As of 2020, he currently plays for the Utah Jazz as their Shooting Guard. Recently, he was tested positive for the coronavirus, being the second NBA player after his teammate Rudy Gobert.

Playing as a Shooting Guard, Donovan Mitchell Jr. reportedly earns around $2,866,380 as his yearly salary from Utah Jazz. Further, he has an estimated net worth of over $2.5 million. Donovan is previously in a romantic relationship with Deja Lighty.

Donovan Mitchell's Net Worth and Salary

Donovan Mitchell Jr. so far has made earnings of $9,368,520 from his entire NBA career. Kept aside Donovan's financial earnings, his personal assets include home and cars. Further, the NBA Player earns a good amount of money from various sponsorships.

Who is Donovan Mitchell's Girlfriend?

Donovan was previously in a romantic relationship with his girlfriend Deja Lighty. Details regarding their affair and other facts were not made public. The couple reportedly ended their relationship calling it a quit in late 2019. Donovan was also spotted with another girl soon after their breakup.

His former girlfriendLighty is a Cleveland Cavaliers account executive, according to her LinkedIn profile. Lighty has also been working with high school and college basketball teams for several years. 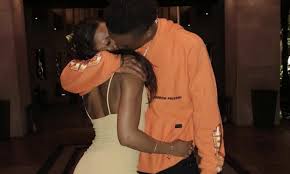 The Famous NBA star is 6 feet 3 inches tall in height and weighs around 98 kg. Donovan is not only a world-class athlete but also a very attractive individual.

Other than being a famous NBA Shooting Guard, Mitchell Jr. is pretty famous in social media with an enormous number of followers. Donovan has 1.9 million followers on Instagram and 391k on his Twitter account.

Donovan Mitchell Jr. was born on September 7, 1996, in Elmsford, New York to parents Donovan Mitchell Sr. and Nicole Mitchell. As per his nationality, he is American and belongs to the Black ethnic group. Further, his star sign is Virgo. He spent his childhood along with his sister Jordan.

Can’t say how thankful I am for these two beautiful amazing women! I wouldn’t be the man I am today without these two by my side thank you for your support and love always!!! ?????? #IWD2018

Along with basketball, he also played baseball for two years in high school but focused on basketball when he went to Brewster, a move that attracted more attention from college basketball coaches.

After completing high school, Donovan enrolled at Louisville University and played for the Louisville. He decided to wear the 45th jersey, showing his appreciation for Michael Jordan because 45 is the number Jordan wore for his baseball career and his first return in 1995.

As a freshman at Louisville University, Mitchell had an average of 7.4 points, 1.7 assists and 3.4 rebounds per match. Donovan averaged 15.6 points, 2.7 assists, and 4.9 rebounds per game as a sophomore. He shot 46.3% from the floor, 35.4% from the arc and 80.6% from the free-throw line and was appointed to the First All-Atlantic Coast Team Conference.

Donovan was drafted by Denver Nuggets with the 13th overall pick in the 2017 NBA draft for the 24th pick (Tyler Lydon) and Trey Lyles only to be traded in the Utah Jazz. On 5 July 2017 Mitchell signed a four - year contract for the Jazz rookie scale.

Mitchell set a rookie's Jazz score record and became the first NBA rookie to score 40 points in a game since Blake Griffin in 2011. In 1981, he surpassed the Darrell Griffith team record of 38. Later Donovan broke the record of Karl Malone for most 20+ points during a rookie season.

Mitchell recorded 27 points, 10 rebounds and 3 assists in his playoff debut against the Oklahoma City Thunder on 15 April. In his first six playoff games, his 171 points in the series were the third-highest ever by a rookie, behind only Kareem Abdul-Jabbar and Wilt Chamberlin. Donovan was named the NBA Rookie First Team on 2018, May 22.