Doneil Jor Dee Ashley aka Doneil Henry is a Canadian footballer who plays as center-back from the Canadian National team. Most recently, he played for Suwon Samsung Bluewings(South Korean Club). Reportedly,  he is a free agent as of 2022. The Canadian center-back debuted his professional career with the MLS club Toronto in 2010.

The 28-year-old soccer player, Doneil Henry has even played for various European clubs like Apollon Limassol, Westham United, AC Horsens, and so on. Doniel was even declared as the Canadian U-20 Players of the year in 2012. He was named in the squad of the 2019 CONCACAF Gold Cup on May 30, 2019.

The 2012 Canadian U-20 Players of the year, Doneil Henry is a Canadian nationality born on  20 April 1993 in Brampton, Ontario, Canada. To date, he is 28  years of age and his star sign is Taurus. Henry's family aren't the native people of Canada; they came here from Jamaica. He is also the co-owner of expansion League 1 Ontario Club Simcoe Country Rover FC. He has a very happy family with father Donald Henry and mother Beverly Henry. He is the only child in his family. 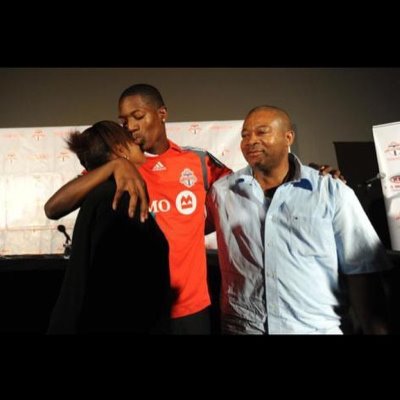 Young Doneil and his parents at his signing     SOURCE: @insta93doneil

Doneil Henry's very first club that he played as a youth was Brampton Youth FC at his early phase.  He started playing football at the of 10.

The Canadian center back joined Toronto FC Academy when he was just 15 years old and led the team as a captain for straight 2 seasons in 2009 and 2010 as well. The youth club that he played for is Brampton Youth FC,  North Mississauga SC, and Toron FC Academy.

What Is The Height & Weight Of Doneil Henry? (Body Measurement)

The celebrity soccer player, Henry is from a black ethnic background so he has a dark skin tone. He stands tall at the height of 6 ft 2 inc or 1.88m and weighs around 82 kg. He has an athletic body type with short black hair.

The Canadian-born soccer player footballer's career starts way back when he was just 15 years old.  . In November 2008, he joined Toronto FC and captained the team throughout 2 seasons. As a senior player,  he played for Toronto FC from 2010 to 2013 appearing in a total of 49 games with one goal.

In late 2014, he signed a 1-year contract with Apollon Limassol but didn't play any match there. However, Henry was again transferred to his former club Toronto FC in a loan where he made 21 appearances in a 2014 season. Likewise, he was loaned again to AC Horsens on  August 31 2016 in the Danish super league. 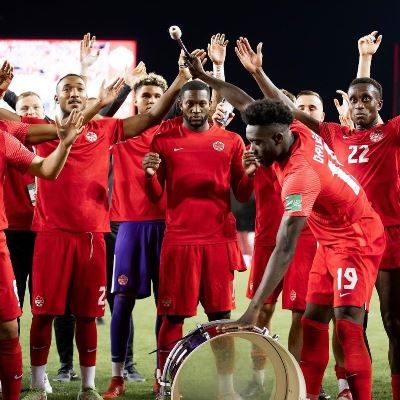 Celebrating his win while at Toronto FC SOURCE: [email protected]

The Canadian center-back career wasn't very successful and couldn't establish himself as a result he kept getting back on the transfer market. After his MLS season with Vancouver Whitecaps FC, he finally moved to the south Korean k league side Suwon Samsung Blackwings where he made his debut in AFC Championship League against Vissel Kobe in 2020.

In his football career, he has faced lots of hurdles and difficulties the reason behind it; is a lack of consistent performance and also his ACL injury which has made a huge impact on his game.

The net worth of Doneil Henry 2022; His Annual Earning

The Canadian center-back remains back and forth in the transfer market list. His basic source of income is from the successful footballer. Reportedly, the financial agreement between him and Suwon Blackwings is still not transparent. However, when he was with Vancouver White FC his guaranteed salary was $154238 P.A in 2018 and $202242 P.A in 2019. 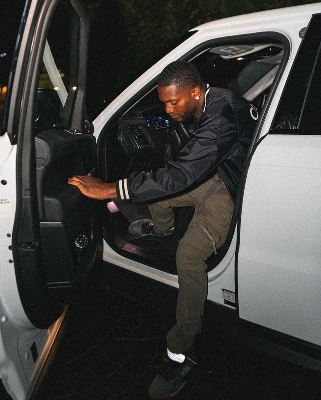 The  28 years old player has earned healthy income from his career to date despite being mostly in the transfer market. The estimated net worth of Henry is about $1.5 Million.

Is Doneil Henry dating anyone? who is his GF?

Doneil Henry has kept his relationship and dating status very private. No rumors news about dating status is available so he is believed to be single.

At the moment he is very focused on his career and working hard to get back in a good form.