DiJonai Carrington is a rising name in WNBA. She finished her collegiate career playing for  Stanford and later Baylor. In the 2021 WNBA Draft, she was picked by the  Connecticut Sun.

San Diego, California native, DiJonai Carrington was born on 8th January 1999, under the star sign Capricorn. She holds an American nationality and is of white ethnic background. The twenty-three years old stands 5 ft 11 in (1.80 m) tall.

Carrington enrolled at Horizon Christian Academy in San Diego, California where she averaged 18.8 ppg, 13.5 RPG, 4.0 APG, and 2.5 SPG. Also, she scored over 2,000 career points for Horizon. She was named a McDonald's All-American and a Jordan Brand Classic All-American.

She committed to Stanford for her collegiate career.

After her stint at Stanford, Carrington grad-transferred to Baylor to compete with the Lady Bears. She averaged 14.1 points and 4.9 rebounds per game in her one season. She was honored the Big-12 Newcomer of the Year and also the Sixth Person of the Year.

In the 2021 WNBA Draft, Carrington was the 20th pick of the  Connecticut Sun. She attended the Sun training camp and earned one of the Sun's 11 roster spots.

From A Athlete Family

Dijonai is the daughter of Vickei and Darren Carrington. Her dad is a former NFL player who played safety eight seasons after being the 5th round pick of Denver in the 1989 NFL Draft.

Her mother on the other hand ran track at Northern Arizona.

Similarly, her sister Diarra, played hoops in New Orleans and her brother Darren played football at Oregon and Utah.

The only personal thing known about DiJonal Carrington is her family. Besides, there is no information in the media about her boyfriend. 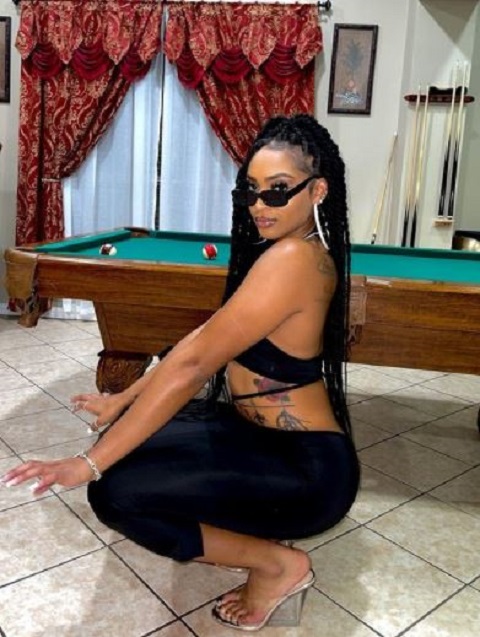 She is pretty famous on Instagram with 154k followers, however has dropped a single hint about her love life. Rather there is stunning solo pictures of her.

DiJonai Carrington is currently under a year / $193,370 contract with the Connecticut Sun, that features an annual average salary of $64,457. The deal was signed on 17th March 2021.