Further, the famous basketball guard has played for teams like Chicago Sky, Galatasaray SK, Dynamo Kursk, and New York Liberty. Epiphanny was first drafted by the Chicago Sky in the 2010 WNBA draft as a 1st round 4th overall pick.

Prince was born on January 11, 1988 (age 31), in New York City, New York to  Mother Kathy and Father Jerry. Further, she is American/ Russian by nationality and belongs to mixed ethnicity. Additionally, Epiphany was born under the star sign, Capricorn.

Epiphanny Prince is a lesbian. Reportedly, she is dating a girl whose identity is yet to be revealed but can be found with a user name "layvelle219" on Instagram. Further, the couple has been together for 4 years and more especially, they started dating since July 27, 2015.

The couple might have been engaged to each other as Epiphanny's lover is often spotted flaunting her diamond ring on her left hand.

Her alleged fiance is a native of Harlem, New York and currently practices esthetician.

According to Epiphanny lover's Instagram, they spend their time together quite a lot and recently, they went to the Bahamas for vacation. Besides that, they also regularly go for dinner and shopping. 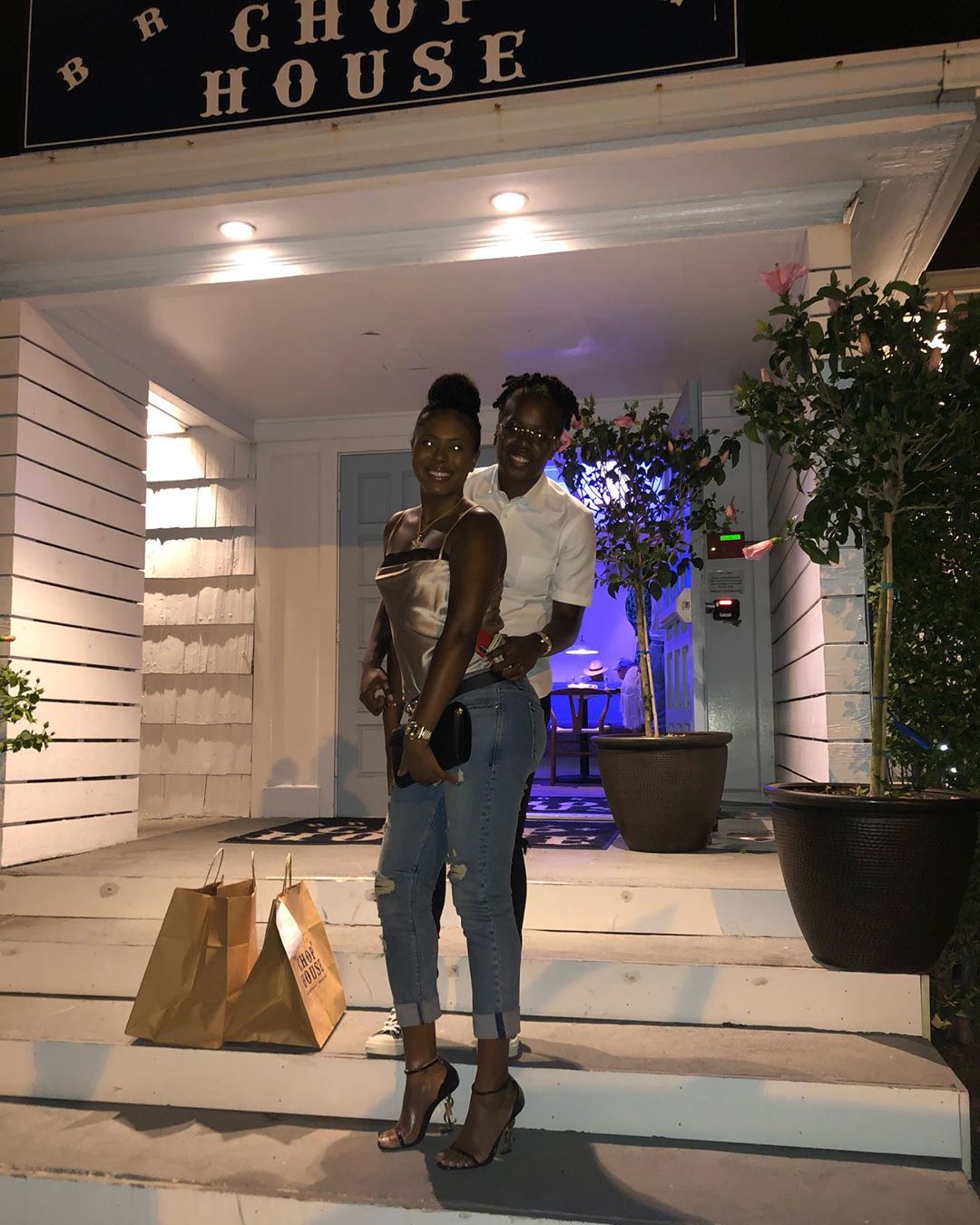 Further, Epiphanny, on the occasion of their anniversary, uploaded a picture of them together with a caption "About Last Night. 4 Years #HappyAnniversaryMyLove" which was adorable.

Epiphanny seems to be a great music lover. On Instagram, she uploaded a picture with Meek Mill saying "dreams more worth than money." Also, she seems to be in good touch with a former basketball player Kobe Bryant. In particular, she shared a picture of her along with Kobe, wishing his birthday with a caption "TBT Happy Birthday."According to the sources, she is a sneaker lover and has a great collection of it.

Net Worth Over $5 Million

The veteran basketball guard, Price is reported to have an estimated net worth over $5 Million, playing basketball for 9 years. Although her recent salary details are not in the media yet, she previously earned $107,000 as a salary during her previous stint with New York Liberty.

Additionally, her team, Las Vegas Aces is well-known for paying good amount of salary to its player. Compared to the highest-paid player of the team like Liz Cambage and Dearica Hamby, Prince's salary must be above $100,000, considering her experience and achievements.

There is a lot more about WNBA teams and players available at Playerswiki.