Diego Volayes is a rising Colombian professional football player. He is currently playing at the Argentine football league. Diego turned professional in 2015 with La Equidad. Valoyes plays as a Winger for his club and country. The player wears no.7 jersey while representing the club.

Diego Valoyes was born Diego Luis Valoyes Ruiz on September 22, 1996, in Cartagena. He did not come from a reputed family and has not shared much about his early life and parents. Information about his education and academic qualification is under the radar. Diego stands five feet and eleven inches tall and weighs 85 kg.

Diego Valoyes has an estimated net worth of more than $1 Million. The player has earned most of his net worth through his successful football career. Diego earns £488,800 as his annual salary while playing with Talleres in the 2022 season. valoyes has a weekly wage of £9,400. He will receive the same amount until his contract expires. 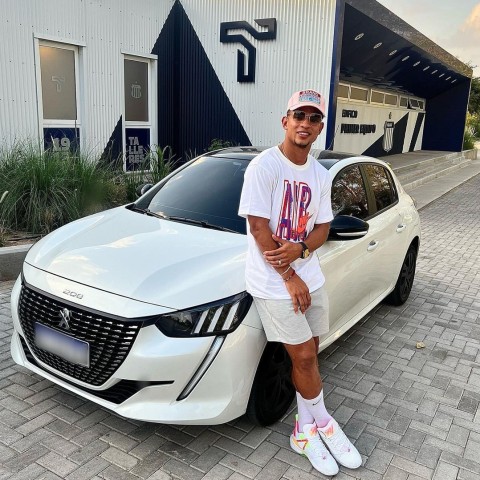 A football player has multiple sources of income, including sponsorship and advertising deals. Diego is very early in his career and will be making millions in the future. Carlos Auzqui is the highest-paid player currently playing for Tallers in the 2022 season.

Who is Diego Valoyes Dating? Know About His Relationship Status and Girlfriend

Diego is very private about his relationship status. Although He is an active social media user, The player has not shared a word about love life. Valoyes shared a controversial post in August 2021 with a caption referring to a child as his daughter. He has not shared about the biological mother of the child.

Diego started his youth career with Alianza Sport in his early teens. He trained with several clubs in his youth career and signed his first major contract with La Equidad in 2013. The player earned his senior team call in 2015 and made his professional debut in March 2015 against Categoria Primera B. Diego struggled in his initial days to be part of the senior team.

Valoyes extended his contract until 2020. He was loaned to Talleres for the 2018 season. However, The loan season got extended until early 2020. In the two seasons with Talleres, Diego appeared in twenty-three games and scored one goal. Valoyes played with La Equidad until 2018 and appeared in seventy-nine games and scored six goals. In early 2020, The player moved to Talleres and signed a multi-year contract.

Diego has appeared in forty-five games until early 2022 and scored eleven games. The player is early in his career and will be part of the major club in the future.